Conquer the world of Warhammer on May 24 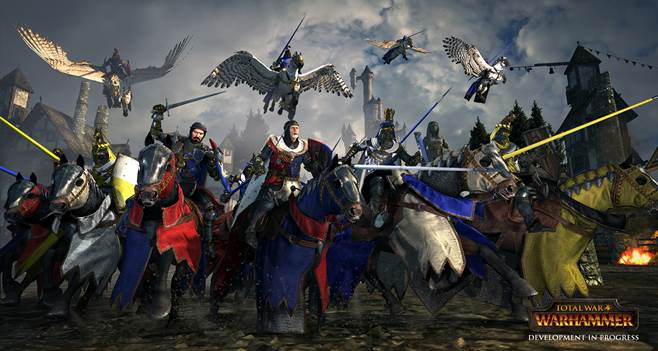 Creative Assembly is inviting players to conquer the dark and beautiful Fantasy world of Total War: WARHAMMER when the game officially launches on May 24, 2016.

You will have several choices of who to lead. You can lead the valiant men of the Empire, featuring powerful ranged weaponry and access to the most varied selection of magic. You can also choose to lead the vengeful Dwarfs, who are masters of war machine engineering and devastating explosives. If these don’t strike your fancy, you can take on the helm of the commander of the brutal Orcs and Goblins of the Greenskin tribes. If none of the above are interesting for you, you can check out the murderous Vampire Counts, who have access to the most deadly monsters and flying creatures.

“The Old World of Warhammer Fantasy Battles is as diverse as it is perilous,” Creative Assembly stated on the official press release. “Ready your approach for the most colossal and addictive Fantasy strategy game of a generation in this latest video, as we invite you to Conquer. This. World.”

Will you be taking Creative Assembly up on their invitation?