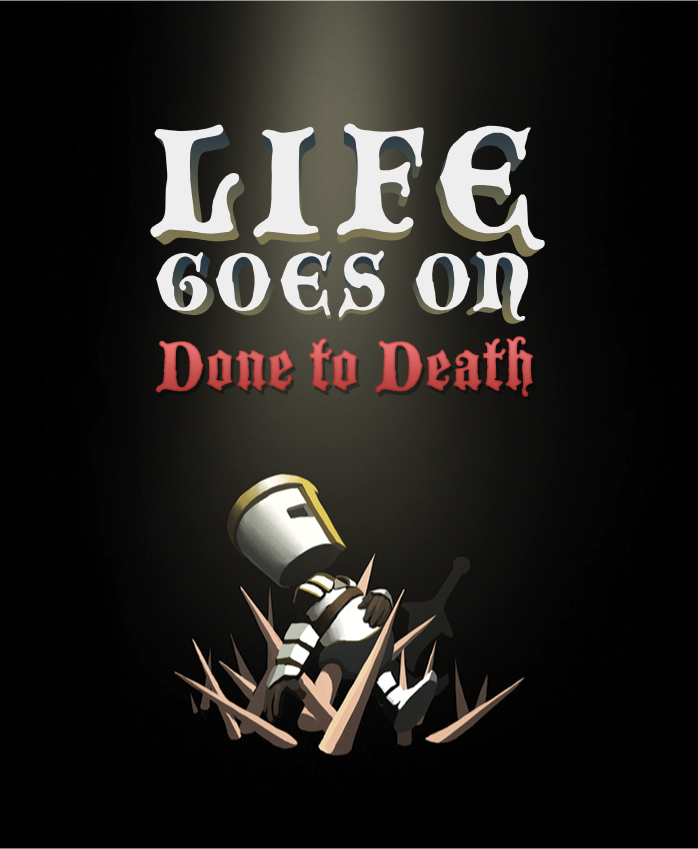 Infinite Monkeys Entertainment has recently brought their title, Life Goes On, to PlayStation 4 with some added content. This edition, known as Life Goes On: Done to Death aims to deliver morbid fun to fans of the puzzle genre, but will it succeed, or will it, like the many knights within, fall victim to several traps along the way?

The story of Life Goes On: Done to Death is extremely simple. There is a king, who wishes to become immortal. To this end, he is sending his nearly endless supply of loyal knights on a quest to find and return with the mystical Cup of Life, which will allow him to obtain his dream of immortality. The king cares nothing for his army, and if one knight dies, he will happily send another into the exact same deathtrap, all for the chance to obtain his fondest desire.

The gameplay is where Life Goes On: Done to Death shines or fails, depending on your sense of humour and how quickly you grow bored of sending the knights to their doom. Featuring over 65 levels, you will need to send in your cartoon knights and make way, mostly with the corpses of said knights, for one to reach the cup in each level, hoping that it is the mystical cup that the king desires, for, if not, that knight will have to move on to another area and fall victim to another gruesome death. Typically characters like this are known as cannon fodder, but in Life Goes On: Done to Death, they can, quite literally, become cannon ammo as they allow you to cross safely….eventually. 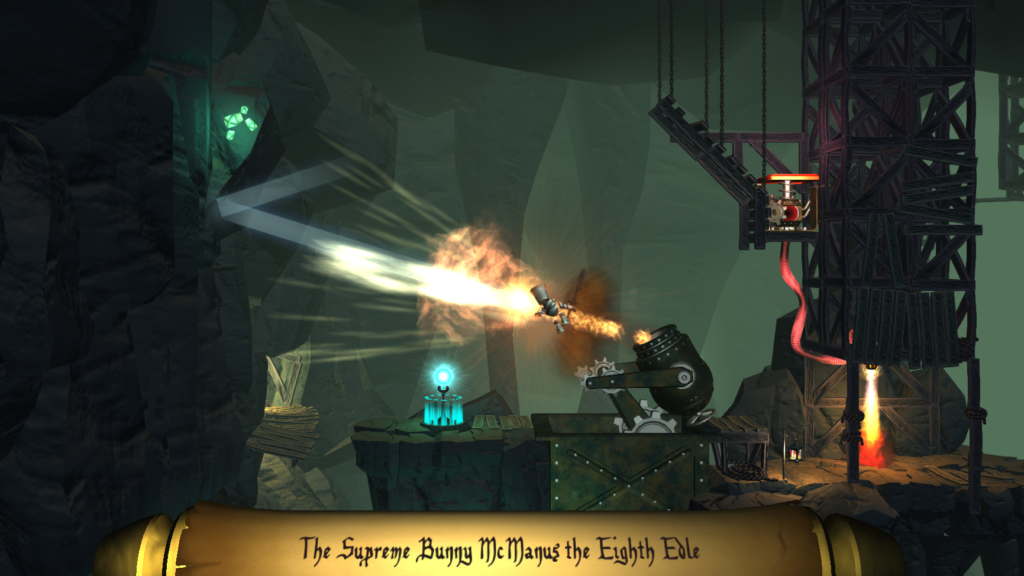 You could just place knight after knight in deathtraps, using them to advance through the levels with ease, or you can be strategic about your placement. In fact, the game encourages the latter, challenging the player to beat time and/or body counts in each stage. If you do manage to defeat the challenge and clear a stage within the time and/or with fewer dead knights, you will receive a reward, which is typically a cosmetic item for the knights that are adventuring off to their death.

The cosmetic rewards are a nice touch, but those who feel the game is repetitive likely won’t gain much from them. The same can be said of the knights’ names, such as Baroness Mary of Ascot, as you may not see many of them for very long before the knight dies and the name is scribbled out. 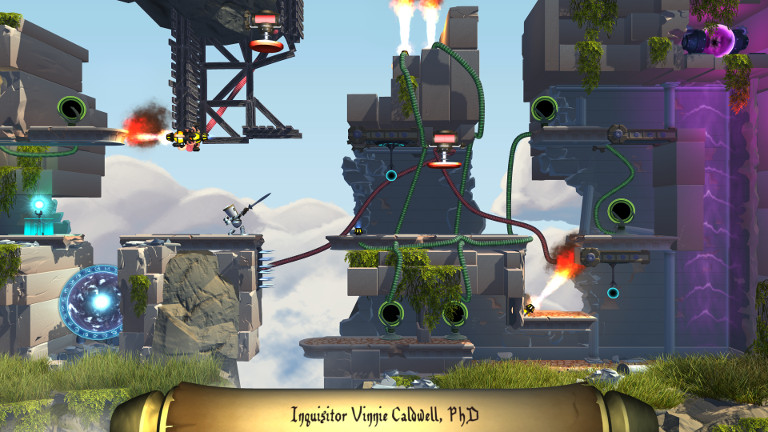 The levels are designed in a way so that you won’t have to worry about a sudden difficulty spike either. Rather, the difficulty gradually rises as more hazards are introduced. These include spikes, cannons, ice, a creature known as Jeff that will devour your knights, and more. 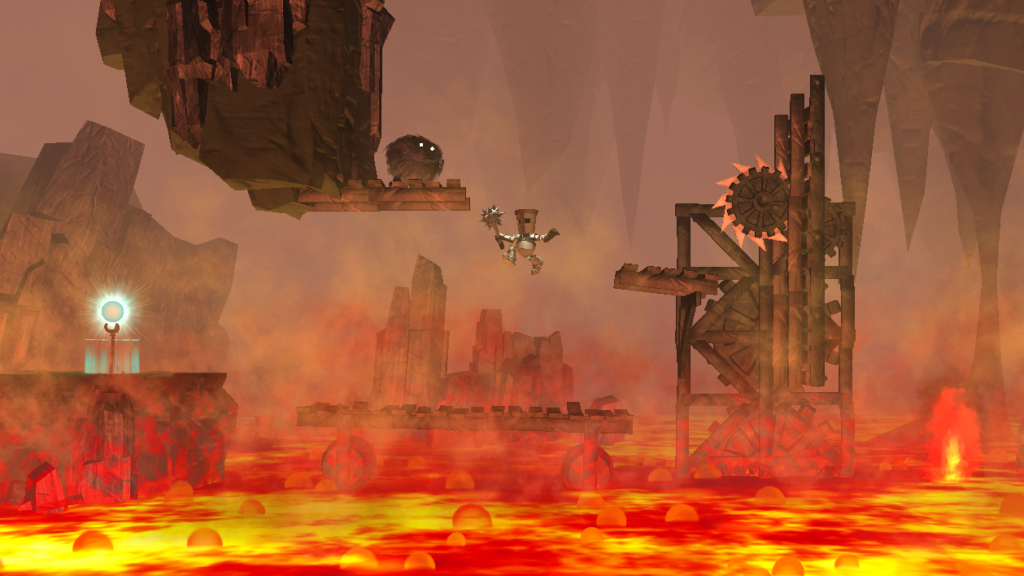 On the note of Jeff, feeding him is actually a good thing, as bonuses are granted for doing so. This doubles the challenge of making it through a level with minimal losses and time, especially if you’re trying to get all bonuses at once. Once he has had his fill of armour-clad humans, Jeff lapses into a food coma, making it so you no longer have to worry about him for the rest of the level.

Another positive is that the controls are quite responsive, so you can’t blame a death (in my experience) on the controls not responding to you.

You can break a stage, but it is difficult to do and actually requires you to deliberately plan to do so. In one stage, I was curious as to how many bodies I could pile up until, eventually, I could no longer spawn due to the sheer number of bodies on the screen; They finally took over the spawn point, so new knights couldn’t actually come into the stage.

The comic art-style of Life Goes On: Done to Death make it so that, instead of being an extremely morbid game, it is actually an entertaining title. You don’t have to worry about limbs blasting off or the like. The soundtrack is also enjoyable, though it can wear thin if you get stuck on a stage. 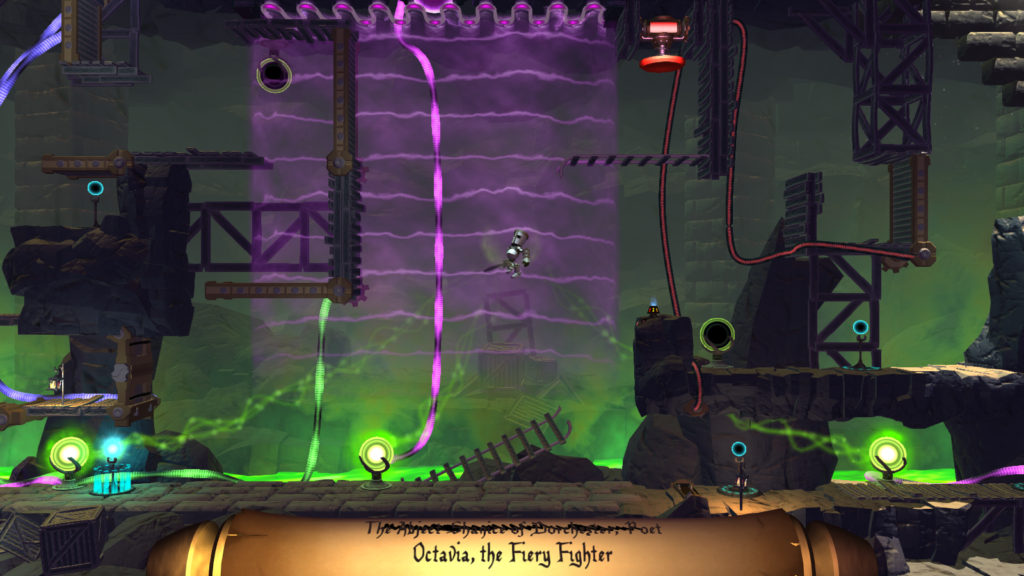 Overall, the art and sound don’t really largely impact the game, aside from making it far less morbid than it would be otherwise.

Is Life Goes On: Done to Death a morbidly fun puzzle game? Going in as a player who hasn’t played the original (note: Owners of Life Goes On on Steam will receive Done to Death for free), I wasn’t one hundred percent sure what to expect. In the end, however, I came out satisfied, as it was quite a bit of fun trying to beat the various challenges…. and occasionally going on a knight killing spree.

Puzzle fans may find the first levels, at least, far too easy, which I discovered was a criticism of the original Life Goes On, but the Ruins, added in with the Done to Death version, helps alleviate this complaint.

Overall, fans of the genre should find a morbidly fun game in Life Goes On: Done to Death, but those who can get bored of doing similar things quickly may want to stay away.