Independent French developer Insane Unity today announced that they are working on an ambitious, large scale real-time strategy game known as Win That War!, which is scheduled for release in 2017. This PC title will feature solo, multiplayer, and MMO campaign modes in a procedurally generated universe.

Players will need to work with and against each other in uneasy alliances between the title’s three corporate factions, which each seeks control of the galaxy. Those interested can check out a demo on the game’s new Kickstarter page. 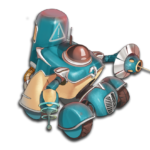 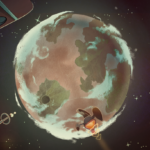 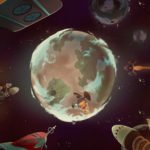 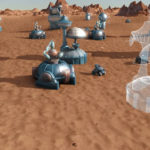 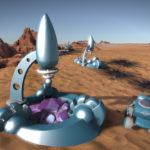 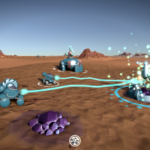 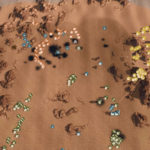 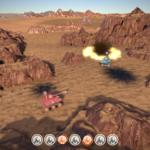 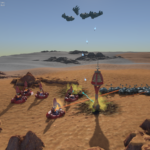 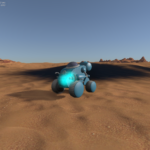 Samuel Hangouet, CEO of Insane Unity, stated, “Our goal for Win That War! is to create a rich and diverse tactical experience spanning a galaxy-wide competition for power, resources and wealth. With the resources and ingenuity of our team, we are already well on our way with an exciting alpha demo, and with the assistance of strategy fans, we will deliver a compelling RTS game in 2017.”

The Kickstarter campaign will run through June 13, 2016, and aims to raise €40,000/$45,500 in order to complete the game’s development. Donations will be invested to ensure optimal artistic quality both for visual and audio production, as well as to help build up the game’s community.

Here’s a quick “About”, as well as the announced features and rewards, as presented on the official press release:

Win That War! combines a love for classic real-time strategy games with modern innovation and technology, including a universe populated with planets generated in real time for endlessly evolving gameplay scenarios. There’s always something new to discover—and conquer! In addition to fully procedural solo and multiplayer game modes, the heart of the experience lies in a massively multiplayer online campaign, in which opposing factions wage a merciless war to conquer territories on a planetary scale. With unique aesthetics that hearken to 1960s sci-fi, the game’s robot units and buildings can be managed in minute detail from the safety of orbital bases. Players will have to balance micro-management with keeping an eye on the overall campaign, all while coordinating and competing with other players through a unique resource and trade system. While basic resources are widely available, rare resources needed for high level units are unique to certain areas, requiring players to trade with friends and enemies alike in trade-based alliances.

Will you be backing the new project?