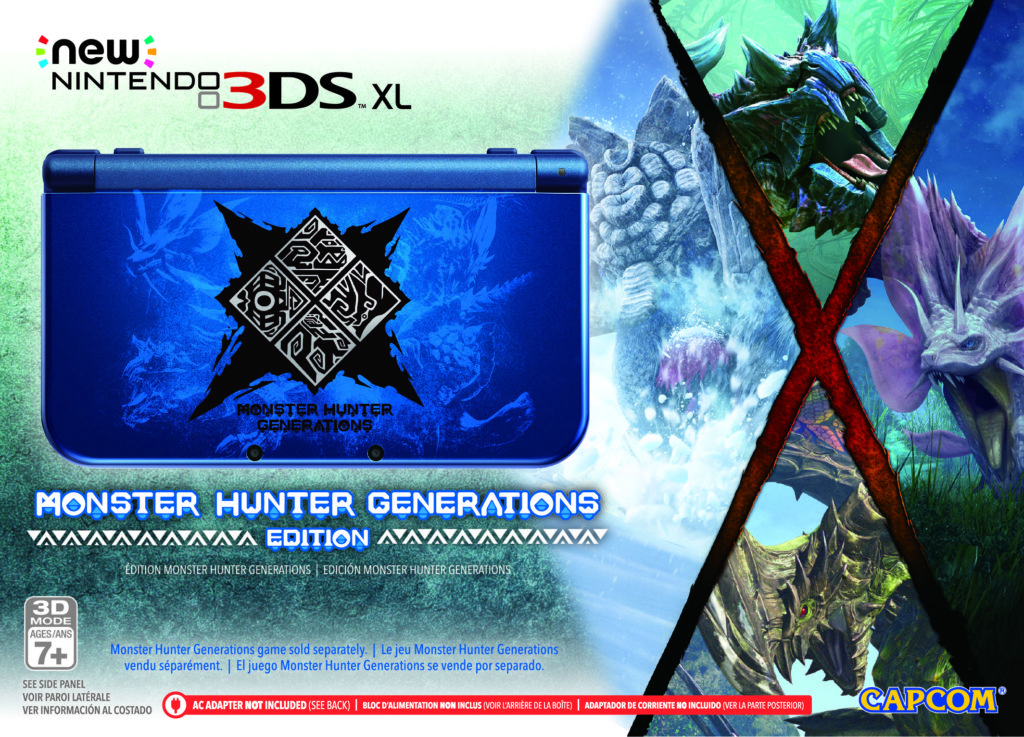 The New Nintendo 3DS XL Monster Hunter Generations Edition will feature a blue hue and artwork of the game’s Fated Four, which is an elite group of powerful new monsters. The game will need to be purchased separately, however. 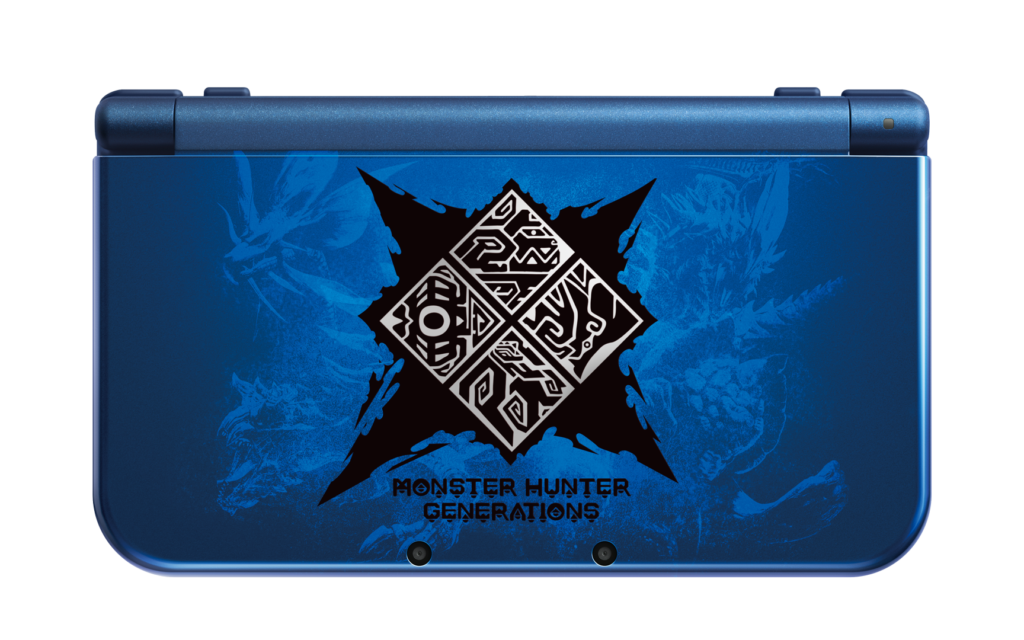 Monster Hunter Generations allows players to take on tons of colossal creatures in more than 20 different hunting locations, either solo or via local and online co-op play with up to three other hunters. By collecting items from their hunts and adventures, players can craft more powerful weapons and armor, opening up paths to even more dangerous quests. With the debut of new gameplay mechanics that include four different Hunting Styles and powerful abilities known as Hunter Arts to equip, Monster Hunter Generationsis the most customizable Monster Hunter™ experience yet!

Those interested in checking out the title prior to launch will be able to pick up a demo on the Nintendo eShop later this summer.

Are you excited for the latest Monster Hunter entry?