Phosphor Games was excited to announce an agreement with Shunwang to place their soon-to-be released HTC Vive title, The Brookhaven Experiment, in special VR Zones in Shunwang’s 100,000 Chinese gaming cafes.

Shunwang, for those unaware, operates more than 70% of the popular iCafes in China, reaching over 110 million gamers each year. With this agreement, Phosphor Games has become the first US company to achieve a direct distribution agreement with Shuwang, and early reports indicate that the title is as much of a success in China as it is here.

Here’s a quick “About”, as well as some opinions from various sources, as presented on the official press release:

The new face of video game terror, The Brookhaven Experiment is a virtual reality shooter for the HTC Vive where players shoot their way through waves of horrific monsters. Players are forced to use limited resources and their pure adrenaline to succeed in Brookhaven’s haunting and immersive environments.  Members of the media along with the most popular Youtube personalities have lavished praise on the game for its realism and heart-pounding game play.

The Verge: “The Brookhaven Experiment may be the closest we’ve come to Half-Life on the Vive.”

PC Gamer: “The Brookhaven Experiment Shows How Shooters can Work in VR.”

Forbes: “Return of The Shooting Gallery: How ‘The Brookhaven Experiment‘ For HTC Vive Wowed Me.”

PewDiePie: “That was intense…I feel like a bad-ass. VR is here and it’s (absolutely) beautiful.”

Markiplier: “That was so cool! Oh man, you have no idea, that was freakin’ awesome!”

Jacksepticeye: “That was scary!…I really liked that. I look forward to the full version of it.”

Chip Sineni, Director of Phosphor Games, stated, “The Brookhaven Experiment is the type of game with genuine global appeal, and Shunwang’s network unlocks one of the most sought-after game markets in the world. We are excited at the tremendous reach and strength of Shunwang’s market-leading technology and look forward to the official game launch on June 21.”

“To meet the tremendous demand for quality VR experiences,” Sky Liu, head of VR Strategy for Shunwang, added, “we evaluated numerous triple-A titles from around the world and were very impressed by The Brookhaven Experiment’s quality and early accolades.  We immediately contacted Phosphor about a partnership and we are extremely pleased with the overwhelming response to the game in our iCafes.”

The Brookhaven Experiment is currently slated to arrive on June 21, 2016. 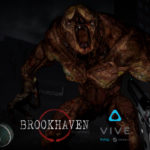 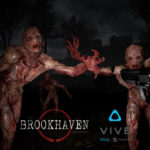 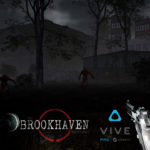 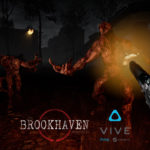 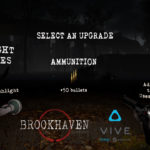