Customers who preordered Overwatch from Best Buy or GameStop may have received emails informing them that the release date for their game has been moved up. Blizzard’s upcoming multiplayer hero shooter is intended for release on May 24th, but both Best Buy and GameStop have been granted the option to release the game on the 23rd. Now before fans get excited to play the highly-anticipated release a day ahead of schedule, the game will not be playable until the 24th.

As noted on GameStop’s page, the game is available on May 23rd, but will only be playable on the 24th as the servers go live. The reason apparently is so fans can pre-install the game and play it right when the servers are online. While it may not be easy for fans to arrive home and be unable to play their game right away, this is a good move for this current generation, as most games now require being installed to the hard drive, not to mention lengthy day-one patch updates. 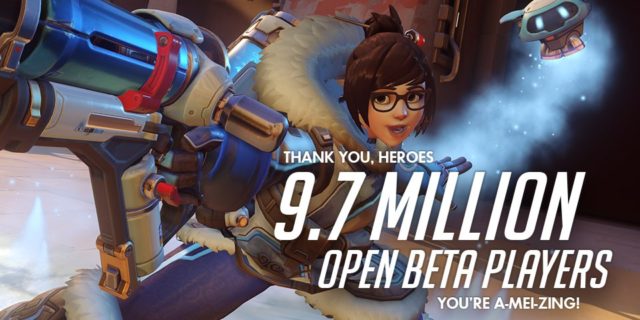 Releasing the physical disc early will be nice for fans of the game, as Blizzard’s Overwatch Twitter account reported that 9.7 million players took part in the open beta between May 3rd and May 11th. This makes it Blizzards largest beta ever and is considered to be one of the most played betas this generation. Being able to install the game early will get those players back into the action as soon as possible. While it is currently only confirmed for Best Buy and GameStop, it is unknown if other retailers will take part in this initiative to release the game early, but hopefully they all take part.