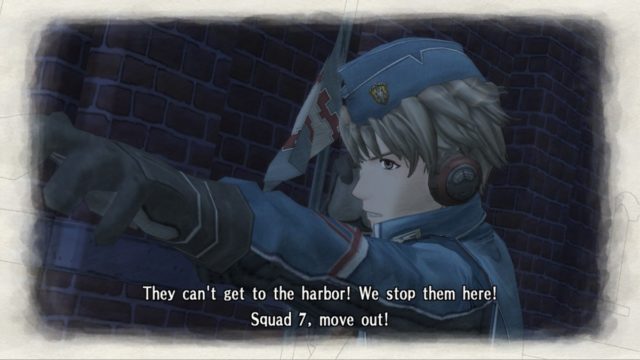 Sega was kind enough to give GotGame the opportunity to play an advance copy of Valkyria Chronicles Remastered, releasing exclusively for the PlayStation 4. Releasing back in 2008 on the PlayStation 3 and 2014 for PC, Valkyria Chronicles has become a sort of cult favorite in the previous generation of games. With an innovative take on strategy gameplay by combining it with third-person shooting elements, Valkyria Chronicles has gone on to spawn sequels and has arguably inspired more games like Codename S.T.E.A.M. and XCOM: Enemy Unknown. Now releasing for the PlayStation 4, the game is given trophy support for the first time, along with an improved 60fps frame rate, 1080p visuals, both the English and Japanese voice tracks, and all the downloadable content of the original release.

Fans of the original release will know what to expect. The story and gameplay remains unchanged, though now with improved visuals for the new generation. During the Second Europan War, the neutral nation of Gallia is invaded by the Imperial Alliance, forcing the nation to band together. Taken from the perspective of the not-so-typical soldier Welkin Gunther, he is the son of a famous war hero that utilized the powerful tank, the Edelweiss. With an unorthodox view of tactics, Welkin is suddenly the new tank commander of Squad 7, a fairly large group of individuals that the player gets to change to their liking over the course of the game. The plot is full of interesting twists and turns, delivering a powerful political drama that is told through interesting characters, each with unique backstories and individual traits that make them stand out. 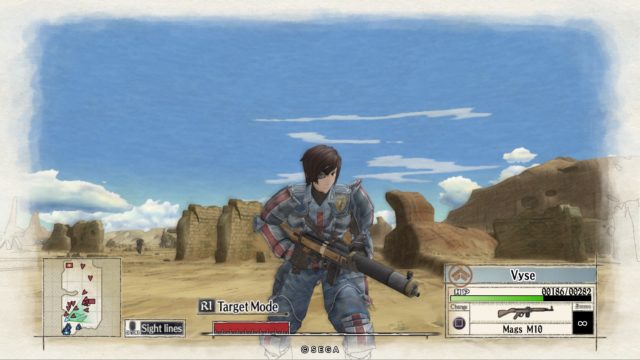 Players will start each battle with an overhead view of the map in Command mode, spending Command Points to use units for each player phase. Upon choosing a unit, the player takes direct control of them in a third person perspective, allowing them to utilize their class strengths on the battlefield. Scouts and Engineers have a large range of movement, giving them a lot of freedom to maneuver the battlefield, the Engineer being especially useful due to abilities like removing landmines, repairing the Edelweiss, and delivering ammunition to other units. Lancers are anti-tank units that don’t do very well against other personnel, but are valuable assets for delivering powerful blows to enemy tanks and even creating obstacles by destroying debris. Shocktroopers are the typical soldier, sent out with submachine guns and grenades as they work best against other infantry units, being able to deliver damage as well as take it. Snipers are best kept at a distance, using their powerful rifles to take down troublesome enemies from afar. Last is Welkin himself, the Tank Commander (though at times he is a Scout), controlling the Edelweiss piloted by his sister Isara as they move across the battlefield and use anti-armor shells and mortars to take out enemies of all types.

The combat is smart and engaging, giving plenty of challenge, especially when a player is going for high ranks. Between each battle will be a lot of story, most of it being unskippable, so if cutscenes filled with character development and drama aren’t your thing, this might not be the right type of game for you. Most strategy RPG’s typically have these elements, so fans of the genre should feel right at home. What’s nice is that instead of individual characters leveling up, classes are leveled up, effecting all characters in the associated class, and players can deal experience to whichever class they choose. This is another way that makes the game very tactical, and makes it so players can choose to play the game in the way they prefer. 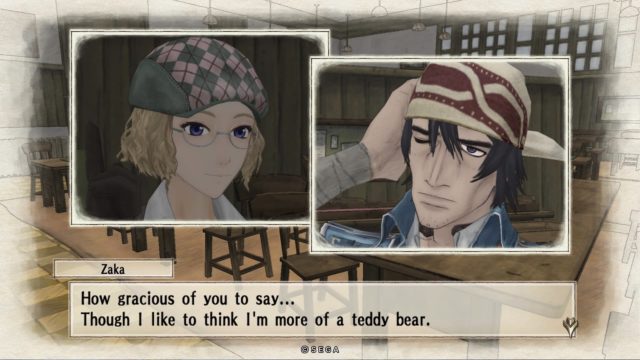 GotGame currently has a review in progress for Valkyria Chronicles Remastered, so look forward to hearing our full impressions sometime next week. Valkyria Chronicles Remastered is releasing on May 17th, both in a physical release as well as a digital one (the original never released digitally on the PlayStation 3). This will allow for a wider range of availability, giving fans and newcomers alike a chance to pick up this classic gem.