Moto Racer 4 to arrive in October

Microids was excited to announce their plans to release Moto Racer 4, the long-awaited return of the hit motorbike racing series on Xbox One, PC, Mac, and PlayStation 4 on October 13, 2016. The title utilizes Unreal Engine 4 to provide stunning quality and a robust set of features for both single and multiplayer racing modes on road and dirt tracks.

Moto Racer 4 brings back the formula that made the original trilogy back. Players will be able to experience high-speed races on powerful road bikes and motocross contests on nimble dirtbikes, resulting in continuous thrills and white-knuckle rides. Players can ignore the rules of fair play, so long as they cross the finish line first. 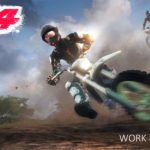 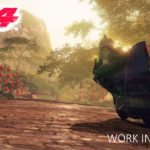 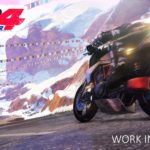 Paul Cuisset, the original designer of the series, is supervising the development of Moto Racer 4. The upcoming title will feature no fewer than 15 single and multiplayer game modes. Here’s a few examples of what you can expect, as well as the game’s key features, as presented on the official press release:

What are your thoughts of the title so far, based on the information shared? Will you be picking it up?