Life Goes On: Done to Death arrives on May 17

Infinite Monkeys Entertainment was excited to announce that their comical puzzle platformer title, Life Goes On: Done to Death, will be arriving on PlayStation Network and Steam on May 17, 2016. In this title, you will kill knight after knight and utilize their dead bodies to solve puzzles. Check out a new trailer below:

About Life Goes On: Done to Death
A mighty king, deciding that dying would be a drag, sends his army of knights to find the Cup of Life. You’ll guide the knights through more than 65 treacherous and trap-ridden levels, making many sacrifices along the way. Impale knights on spikes to create a safe path. Freeze them into blocks of ice to reach higher ground. Blast a knight out of a cannon to land the dead body on a button. Zombify a knight to create a dim-witted, violent companion to solve the next puzzle. Dying has never been so much fun!

The original Life Goes On arrived in 2014, and this will be an expanded version with new features, including an additional “Sky” world known as The Ruins, unlockable hats and weapons, portals, zombies, and even some extra-challenging bonus levels. The bonus content will be added to the Steam version as a free update. 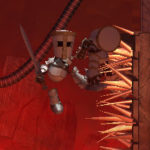 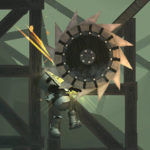 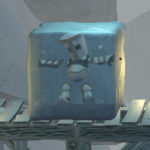