A Land Fit for Heroes arrives on Steam

Liber Primus Games and Gollancz were excited to announce that the handheld fantasy adventure game, A Land Fit for Heroes, has arrived on Steam.

This title, based on the Richard Morgan trilogy of books, features updates and optimized content for the Windows version, including improved combat and a revamped combat UI system for both single player and multiplayer modes, as well as the ability for certain characters to dungeon crawl, pick locks, and find loot with the aid of some new mini games. In addition, variations of both “reading music” and “combat music” have been included, based on the community feedback. 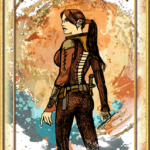 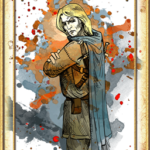 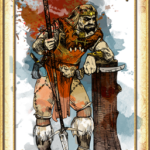 Executive Producer Denes Csiszar stated, “Bringing A Land Fit For Heroes to Steam has been worth the wait. The optimized PC format has allowed us to create a bespoke PC playing experience and introduce new features based on community feedback from the mobile app version.”

About A Land Fit For Heroes
Based on Richard Morgan’s trilogy of dark fantasy novels, A Land Fit For Heroes is the new interactive game-book experience that tells the story of three unlikely heroes with three interlocking storylines. Kirellin of House Caith is a skilled war veteran, Calnar is a young Majak warrior and Ilaria is an accomplished thief. Each of their paths will cross in this adventure where they are tested to the extreme – and where the reader decides upon their fates.

Children go missing in the marshes. Ancient spirits awaken. Powerful machine-demons manipulate the fate of mankind. But all of this is just a game for even darker forces. In the first of its kind, bestselling author Richard Morgan brings his trilogy of novels to life as a three-player game-book set in the world of A Land Fit For Heroes.

Will you be checking out the title?.