The Detail Episode 3: Devil in the Detail arrives on Steam

Rival Games was proud to bring the third and final episode in the first season of its story-driven crime adventure, The Detail, to Steam. Now players can check out this episode, known as Devil in the Detail, and witness an impactful experience shaped by the player’s choces as they delve deeper and deeper into the corruption running a modern American city.

Jukka Laakso, Chief Eating Officer of Rival Games, stated, “Our goal with The Detail was to deliver a truly sophisticated experience for players, and this last episode packs a real emotional punch. We’ve become very fond of our main protagonists – Reggie, Joe and Kate, and the team is curious to hear how our fans have experienced the finale now that the story has come to a close.”

The Detail Episode 3 – “Devil in the Detail” brings the modern noir story of detective Reggie Moore, informant Joe Miller and officer Katelyn Hayes to a dramatic finale. With the new major crimes unit operating at full force, Reggie stands to expose what is truly going on in the city, which also makes him a target. Joe is feeling the weight of his past on his shoulders, while Kate considers the human cost of police work. Can all of them survive what looms ahead?

The Detail is an adventure game that takes the player to the streets of a crime-ridden city and into the shoes of Reginald “Reggie” Moore, a veteran detective frustrated with the lack of justice, and Joseph “Joe” Miller, a former confidential informant dragged back into the life of crime he barely escaped. The player investigates criminal activity and scenes of murder, arresting suspects and interrogating them for information, all while trying to navigate the pitfalls of an underworld where every choice holds consequences. Inspired by classic adventure games from Westwood and LucasArts and series from Telltale Games, The Detail combines realistic crime drama themes, like The Wire, with a hand-drawn graphic novel art style. 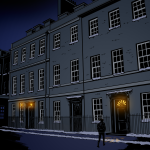 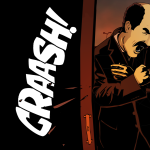 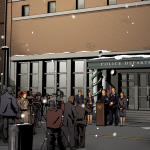 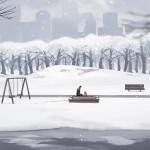 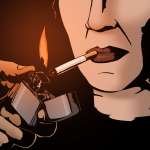 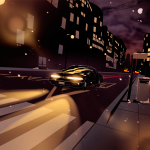 Will you join The Detail?