Indie developer Studio MONO has recently decided to return to Kickstarter in order to obtain the funds necessary to complete their dystopian dieselpunk role-playing game, InSomnia. 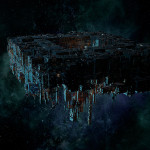 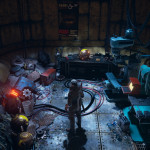 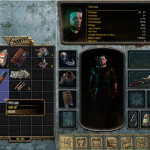 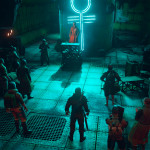 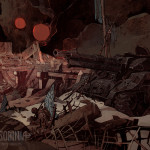 Anatoliy Guyduk, lead developer at Studio MONO commented on the decision, stating, “It was no easy decision to return to Kickstarter. After evaluating the progress made on the project, thanks to the funds from our previous Kickstarter campaign and the over £100,000 we’ve spent out of our own pockets, we’ve got to a point where we need additional funding.  The money’s for one final push to take the game past the current Prologue Chapter we have released to the public.”

“We switched from Ogre 3D to UE4, and are thrilled with the improvements in both the visuals and the performance of the game. The Prologue Chapter,” he continued, “which is up to four hours long –  depending on how much you explore and do, will show you how passionate we all are for InSomnia. We hope that you’ll support us in our dieselpunk inspired journey, one last time!”

For those who haven’t been following the game, here’s a quick “About”, as well as the title’s key features, as presented on the official press release:

About
InSomnia is dystopian vision, set in a murky, retro-futuristic style. The game takes place on a colossal, semi-deserted interplanetary space station. Having left their dying planet behind, this space metropolis, along with its inhabitants, has been moving towards the distant, ghost-like Evacuation Point for the past 400 years, where the descendants of the once great people hope to start over the history of mankind.

Will you be supporting the game’s new Kickstarter?