The San Mateo-based virtual reality and mobile studio, Colopl NI, has recently announced the release of their first VR game, Cyberpong VR for the HTC Vive.

In Cyberpong VR, players will face off utilizing a pair of paddles as they attempt to knock a ball into the opponent’s goal. “Integrating elements of racquetball, pinball and soccer with a cyber reality twist, Cyberpong contests give VR gamers a socially engaging new venue for two-player gameplay in real time—for pure fun or for serious bragging rights,” they stated on the official press release. 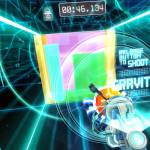 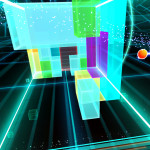 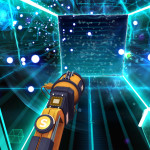 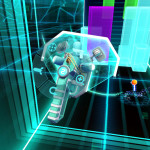 The game takes place in a futuristic setting, where the minimalist virtual world of Cyberpong has become the new sports proving ground. Players from around the world are competing to become the world Cyberpong champion, with the single player mode offering up fast-paced contests, complete with power-ups, as players attempt to destroy a series of blocks while protecting their own goal. Multiplayer pits human against human as players attempt to level up their skills, with players choosing between four avatars, each featuring a unique paddle.

Jikhan Jung, CEO of Colopl NI, stated, “Cyberpong VR takes the core experience of classic paddle ball games and brings it to life in an immersive and futuristic game world fully controlled by the player. Our goal is to create engaging social VR experiences such as what Cyberpong VR provides through its intuitive head-to-head action and easily relatable game style.”

What are your thoughts on Cyberpong VR?