Boss Key Studios announced that players interested in their upcoming debut game, LawBreakers, can register for a chance to participate and dominate via the official website. Dates for these upcoming tests have yet to be announced, and those who do not wish to sign up via the website, but are still interested in participating, can add the title to the Steam Wishlist to be among the first to know.

Those attending PAX East can also get their hands on the title in booth #5115 at the Boston Convention Center. Everybody who plays will be able to collect exclusive swag, as well as a chance to commemorate their best kill with a custom-made video clip shared digitally on social media. 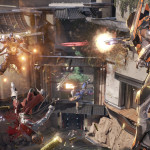 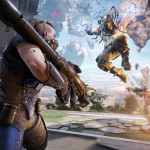 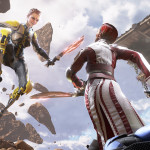 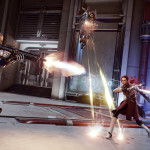 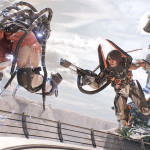 In addition, the team at Boss Key had recently revealed a more distinct look and tone, allowing LawBreakers to be set apart in the crowded market and embrace the mature attitude of Cliff’s initial vision. In addition to revamping the reimagined, Shura-owned Grand Canyon in the Grandview Map, they have expanded their cast with Hellion and Bomchelle jointing the side of the “Law”. Kintaro and Toska-9 have allied with the “Breakers. The new characters round out the current slate involved in the brutal conflict and give both sides mirrored roles with complementary weapons and abilities, creating a more balanced gameplay experience as players will have access to all roles, regardless of the side they choose.

Will you be signing up for the Alpha tests, or check it out at PAX East?