505 Games was thrilled to announce that players can experience the first Poker role-playing game, known as Prominence Poker, as it enters Closed Beta today. The title is scheduled to launch on Windows PC, PlayStation 4, and Xbox One later this year.

In Prominence Poker, you will be armed only with your wits and poker face as you explore unsuspecting and seedy locations for underground games. Some of these locations include the local casino, a dive biker bar, and even the backroom of the laundromat. As you build your reputation, you will face off against  some unscrupulous characters across four different factions, working your way up to challenge each group’s leader and, eventually, “The Mayor”, the town founder. 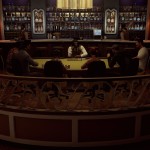 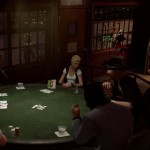 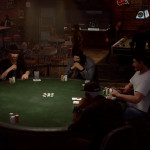 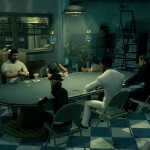 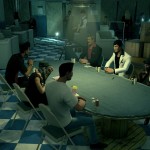 You will be able to create your poker alter ego from head-to-toe and earn experience points as you progress. These experience points can be utilized to unlock emotes, some unique items, and, of course, prestige. The title will feature an intricate bluff-and-tell system that will require you to read your opponents as you search for clues to their hand strength. It also features subtle gestures, such as speed of play, frequency of card checks and more, along with multiplayer featuring regularly scheduled events, challenges, tournaments, new venues to unlock, and more that has yet to be revealed.

If Prominence Poker seems interesting, you can sign up for the Closed Beta on the official site.

What are your thoughts on the upcoming game thus far?