With a new Monster Hunter game comes new threats, forcing players to adapt to the hunt with new skills. The recently announced Monster Hunter Generations will be introducing gameplay mechanics known as Styles and Hunter Arts, which allow for an even more visually striking and personalized playstyle on the Nintendo 3DS. 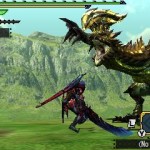 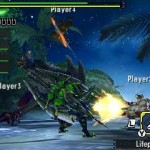 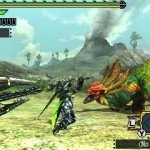 Each of the four hunting Styles open up different options to tactically take on your foes, as well as allowing access to different Hunter Arts. These Hunter Arts are combat skills and power-ups that can be utilized at the tap of a button, once they have charged, making it extremely easy to execute the moves.
If you’re interested in the game and are attending PAX East, you will be ble to get your hands on the first public playable debut at Capcom Booth #3117. “Fans of all skill levels are welcome to check out the new game and experience four-player co-op hunting action,” they stated on the official press release.
https://www.youtube.com/watch?v=YV4KN0Xw0Nc

What are your thoughts on this new game?