KOEI TECMO details features and pre-order bonus for Atelier Sophie: The Alchemist of the Mysterious Book

KOEI TECMO America was excited to announce some new gameplay features for GUST’s upcoming RPG, Atelier Sophie: The Alchemist of the Mysterious Book, as well as detailing some pre-order bonus content that interested players can get their hands on when it arrives on Juen 7, 2016.

First up are the features. As you play Atelier Sophie: The Alchemist of the Mysterious Book, you will need to always be aware of two elements that greatly affect successful mission completions and material harvesting: Time and Weather. The time of day and weather conditions need to be carefully considered before you head out on a mission, as some monsters will only show themselves if both are favorable. In addition, some materials can only be harvested during certain time and weather conditions. The game also introduces a fatigue-based Life Point system, which can weaken attacks when a character has spent too long adventuring, gathering materials, and/or fighting without resting (returning to the atelier). Combined with the prior system, these two elements add to the RPG’s challenging nature, and are indicative of the reimagined gameplay system of the Atelier universe.

In terms of pre-order content, Atelier Sophie: The Alchemist of the Mysterious Book offers one of two different bonus DLC packs to players who pre-order from select retailers. Those who pre-order the PlayStation 4 version from Amazon, GameStop, or EB Canada will receive a pack including alternate background music, the Doll Making “Aqua Suit” costume, a five-piece set of useful materials and items that can be used in synthesis, and a theme. Players who pre-order from Best Buy will get an in-game alternate backgorund music pack and two Atelier Sophie themes for the PlayStation 4. 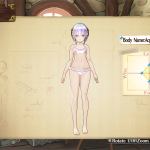 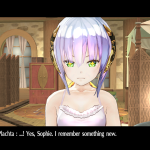 Those who purchase either the PlayStation Vita or 4 version from the PlayStation Store during the first month will receive two themes and an in-game bundle of items that can boost attack (uni bag), Hit Points (sweets), or Mental Points (sotea) that can be used on their adventures.

Will you be adventuring in the world of Atelier Sophie: The Alchemist of the Mysterious Book?