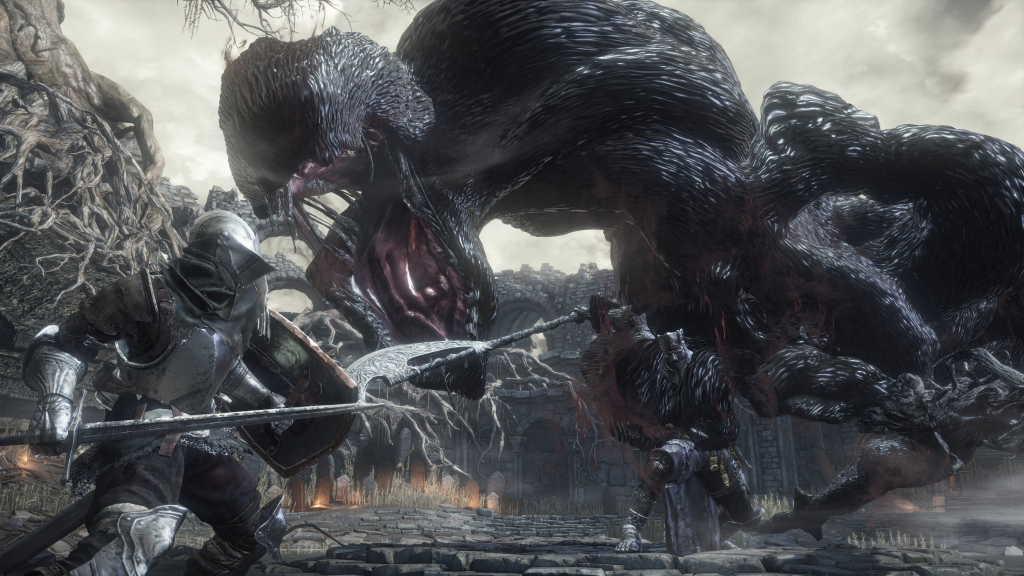 BANDAI NAMCO Entertainment America and FROMSOFTWARE were excited to officially launch DARK SOULS III for the PlayStation 4, Xbox One, and Steam recently. Now players will need to dive into the dark world of Lothric, inhabited by deadly enemies, devious traps, and enthralling combat as you assume the role of the Champion of Ash and attempt to bring together the five Lords of Cinder, thus rekindling the fading flames of humanity.

DARK SOULS III is the latest chapter in the critically acclaimed DARK SOULS series, featuring the trademark sword and sorcery combat in an action role-playing game package. As you journey in attempt to rekindle the fading fire keeping the impending Age of Dark at bay, you will meet crestfallen warriors, powerful sorcerers, dutiful knights, unsavory individuals, and many others that may help or hinder your progress through the interconnected world.

Eric Hartness, Vice President of Marketing at BANDAI NAMCO, stated, “The DARK SOULS series has captured the hearts and minds of millions of gamers across the world with its special brand of challenging and rewarding gameplay, world design, and clever mysteries. FROMSOFTWARE has created another masterpiece that expertly blends these elements together with DARK SOULS III.”

Here’s a quick rundown of the online options offered by DARK SOULS III, as presented on the official press release:

DARK SOULS’ signature online multiplayer system returns with both asynchronous and real-time modes of play. Adventurers are able to create messages for other players to discover in the game’s world to help guide them to hidden treasure or point them to their doom. Be summoned into other players’ worlds to help them in co-op play or fight to the death as a lethal red phantom invader. Players can also join one of the many covenants in the game to extend the multiplayer gameplay options further by completing contracts assigned to those covenants for rewards. These unique online gameplay options provide DARK SOULS III with an incredibly diverse way of interacting with the worldwide community of DARK SOULS fans.

How often will you die in DARK SOULS III?