Mirage: Arcane Warfare to be playable at PAX East 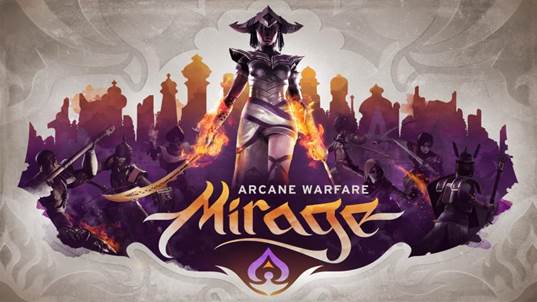 Torn Banner Studios was excited to announced that their upcoming PC title, Mirage: Arcane Warfare, will be playable for the first time at PAX East in booth #10200 at the Boston Convention and Exhibition Center.

Attendees will be able to play a 6 vs 6 multiplayer  match across three stages in the Team Objective mode. They can choose from various classes, ranging to backstabbing assassins to ranged magic casters. Players will experience the game’s unique objective-based competitive gameplay in a live LAN environment against other attendees.

Here is a quick summary of the title, as presented on the official press release:

In Mirage: Arcane Warfare, the calm of a strange fantasy world is shattered by ruthless civil war. Warriors armed with steel and magic bring violence and death as they do battle across a fantastical Arabian and Persian-inspired setting of desert sands, market bazaars and grand palaces. Built using the powerful new capabilities of Unreal Engine 4, Mirage: Arcane Warfare presents a visually stunning backdrop to some viscerally brutal multiplayer combat.

The title is set to release on PC via Steam later in 2016, featuring a variety of classes with unique weapon and skill sets, exotic fantasy locales, and multiple multiplayer game modes. It will also feature “a host of other innovative new features,” as they stated on the official press release.

They have also released the second Community Diary, focused on the playable characters that will be at PAX. In the video, which you can view below, Character & Weapon Artist Dylan Brady, Programmer and “Lore Guy” Kevin Jay, and Senior Brand Manager Alex Hayter talk about the characters.

Will you be getting your hands on the title at PAX East?