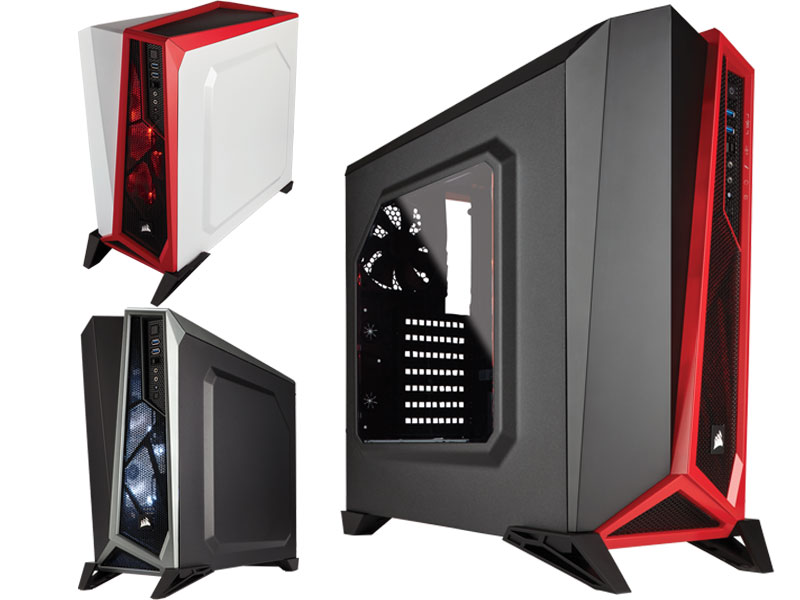 Corsair was pleased today to announce the immediate availability of their Corsair Carbide Series SPEC-ALPHA mid-tower gaming case. This features a large side panel window and bold angular styling in black/grey, red/white, or black/red to help compliment its efficient cooling.

“With its modern, angular appearance,” Corsair stated, “the SPEC-ALPHA really stands out in a crowd.”

This mid-tower case, originally announced at CES 2016, is available at $79.99, and the full feature list can be found below, courtesy of the official press release:

What are your thoughts on this new case?