Stardock and Mohawk Games were proud to announce that the economic strategy game from Civilization IV lead designer Soren Johnson, Offworld Trading Company, will arrive in full on April 28, 2016.

“Offworld Trading Company is a new direction for real-time strategy, where money is both your deadliest weapon and your toughest defense,” said Johnson. “After all of the lucrative resource mining on the asteroid belt is claimed by mega-corporations, savvy business hopefuls turn to Mars to stake their claim to the red planet and build an economic engine capable of out-producing the competition.” 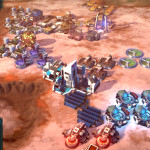 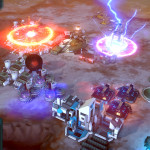 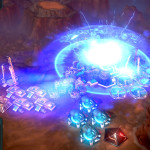 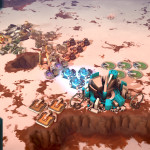 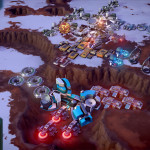 The game’s foundation lies in the real-time, player-driven market, which allows players to buy and sell resources and materials. These even include the food and water that colonists require for mere survival. Players will need to build up enough capital in order to gain access to the lucrative offworld markets, eventually buying out their rivals and claiming the entire Martian economy for themselves.

There will also be a black market, thus allowing players to employ more underhanded methods for victory. These include hiring pirate raiders to disrupt production or even hiring hackers to send covert electromagnetic pulses to an opponent’s base.

Johnson stated, “All of the feedback we’ve received from fans during our development process has been great. We used it to refine and polish this game. We’re really excited to share it with everyone.”