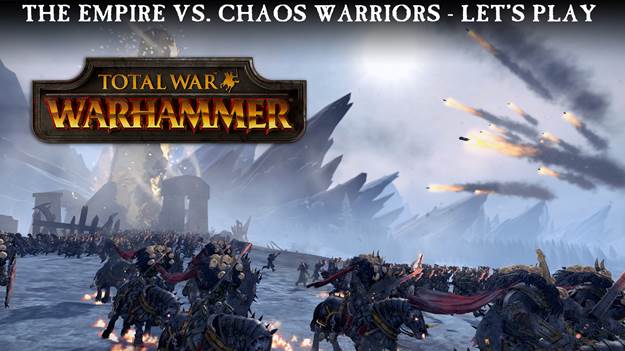 The above video shows off a range of Chaos units, from the infantry such as the Marauders and Warriors, to their higher-tier monstrosities, such as the Chaos Giant and the Helcannon. The latter of these is a foul instrument that transmutes souls into flesh-searing bolts of arcane energy, which are then hurled into the enemy ranks.

In addition, the above video, accompanied by developer commentary, shows off spells from both the Lore of Light and the Lore of Fire as the armies clash on the frigid plains of Norsca.

The developers went on to note, “players will be able to replicate battles such as this in Total War: WARHAMMER’s Custom Battle menu, regardless of whether they own the Chaos Warriors Race Pack.”

What are your thoughts on the mighty Chaos Warriors?