The Vampire Counts in Total War: WARHAMMER rely on death from above in order to close with and shock the enemy, arguably more so than the other races in the game. As such, the Vampire Counts player will be able to access winged nightmares of various shapes, sizes, and abilities.

The team has shared two new Total War: WARHAMMER “Introducing…” videos that share details about both the ravenous Vargheists and the blood-curdling Terrorgheist. 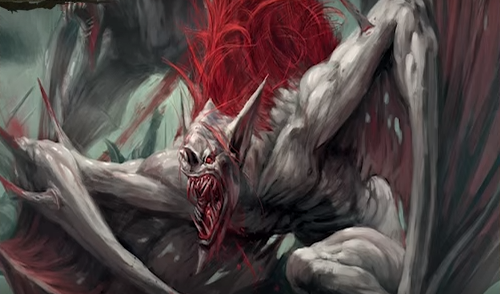 Up first is the Vargheists. These are towering winged beasts, several times the size of a man, which can be deployed with devastating effect to rip battle lines to pieces from above. Check out the purest darkness of a Vampire’s soul made manifest in the trailer below:

Next up are the most lethal of the Vampire Counts flying units, the Terrorgheist. This is an enormous bat-like monster with both fang and talon that induces terror in all but the most steadfast of warriors. The Terrogheist features poisonous attacks to weaken their pray and can regenerate when wounded. Check it out in action below:

What do you think of these newly revealed units?