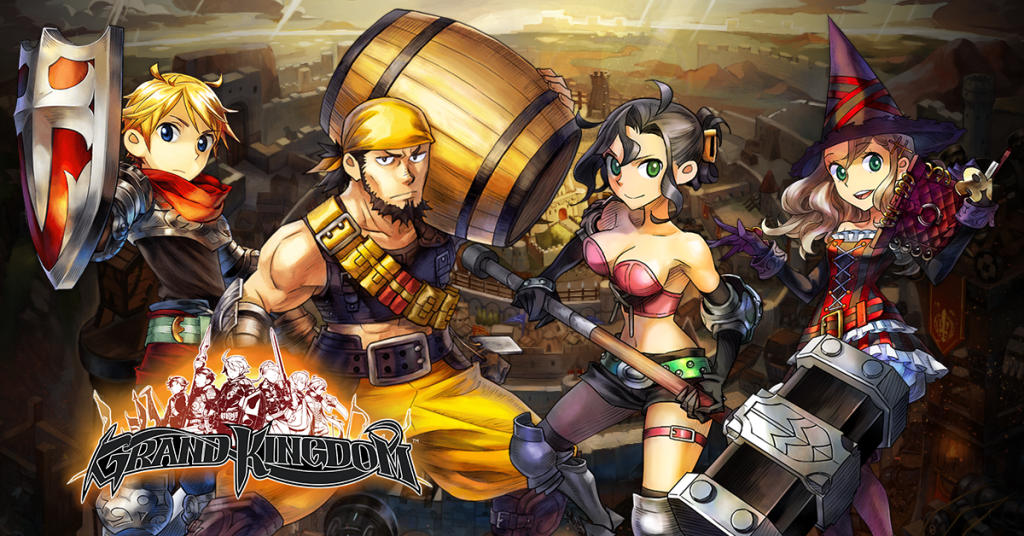 Nippon Ichi Software America was excited to share new information for the upcoming role-playing game, Grand Kingdom, which is set to arrive on PlayStation 4 and Vita on June 21, 2016 in North America and June 17, 2016 in Europe. In addition to the new section devoted to unit classes on the official website, they have announced that the Noble class, which was DLC in Japan, will come with every copy of the game.

The game features three basic class types that operate on something of a “rock-paper-scissors” mechanic.These classes are Melee, Ranged, and Magic. In addition, there are the Specialist units that fulfill very specific roles.

The Melee units feature high attack and defense, specializing in close combat. They are able to Guard, negating all damage up to a certain point, although they do have low magic defense. As a result, you should be careful when facing off against enemy magic units.

Next up are the Ranged units, which can attack from anywhere on the battlefield. Their extended attack range allows them to disrupt enemies in the rear who are charging their magical attacks, however they do have low defense. As such, you will need to take care to keep them away from the powerful Melee units.

The third class, Magic units, have medium attack range and can affect multiple enemies with their ranged attacks. They will need to charge some of their most powerful skills, however, and as such, enemy Ranged units can easily disrupt their spellcasting.

Finally, the Specialist units don’t really fit into any of these three roles. Instead, they feature individualized abilities that can be a great asset in battle, however their specialized nature leaves little room for flexibility.

Which unit fits more in line with your typical play style?