MegaTagmension Blanc + Neptune VS Zombie delayed until May 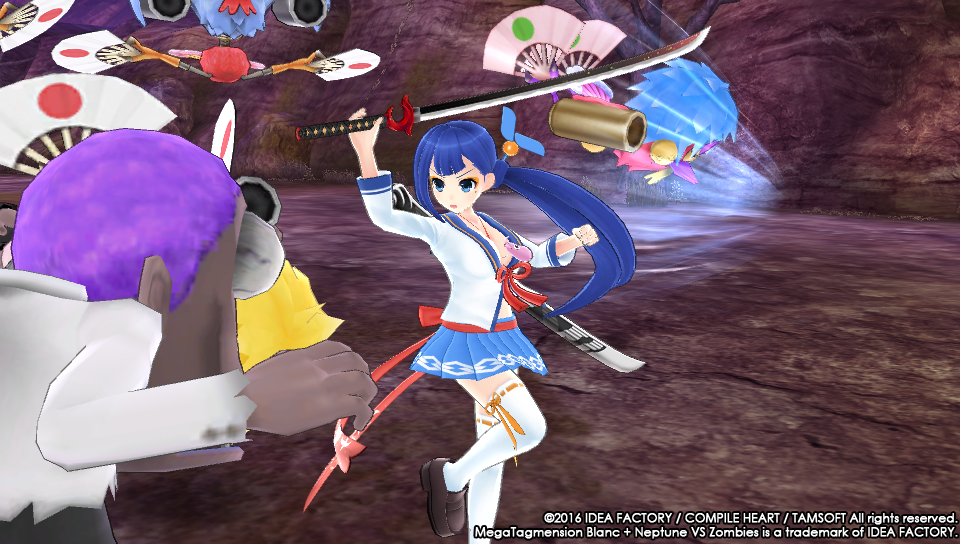 Idea Factory announced that the upcoming Neptunia spin-off, MegaTagmension Blanc + Neptune VS Zombie will be a bit later than expected. It is now slated to arrive on the PlayStation Vita system in North America on May 10, 2016, with the European date still to be announced.
This new spin-off, which is co-developed by Tamsoft and Compile Heart, will have you facing zombie hordes at the prestigious Gamicademi. You will be able to customize accessories and also team up with friends on online to take on even more of the undead.
Here are the game’s story and key features, as presented on the official press release:

Story
Gamicademi — a historical academy renowned for educating CPUs in the ways of humans. Despite its accolades attendance has hit an all-time low, so Blanc and friends decide to film a blockbuster zombie movie on its premises to garner more attention for the school.
Everything’s going according to keikaku until real zombies start shuffling out of the woodworks! Can they turn this undead invasion in their favor and make the best zombie flick ever, or will Gamicademi’s Dark History consume them all?
Key Features
Send Zombies to Detention! Take on zombie hordes with a two-person tag team, racking up crazy combos, and boost battle stats, like attack and defense, with support characters!
Not Another Group Project! Team up with up to 3 other friends in online Multiplay mode to take on multiplayer quests, with new quests updated daily!
We have a New Student… CPUs from other dimensions join the battle with their own fighting styles, including Plutia, Peashy, Uzume, and a new playable character – Tamsoft!
Slay ‘Em in Style! Make sure you’re dressed to kill with customizable equipment, and accessories that can be put pretty much anywhere.