It’s been a long road to Final Fantasy XV, and it’s not over yet. Luckily, Square-Enix released a nice standalone demo to help satiate the thirst of the fans. Platinum Demo: Final Fantasy XV is a very short game, but considering it’s a demo, that’s okay. The whole goal is to give an accessible game for anyone to experience the world of Final Fantasy XV before it releases on September 30th. Plus, it’s absolutely free to download on the PlayStation 4 and Xbox One.

Players find themselves in the role of a young Noctis as he wakes up in the Dreamscape, a world made from his dreams. Joined by his magical guide Carbuncle, he embarks on a journey through four different areas, most likely representing select areas in the final game. The environments and character models are a sight to behold, and being the Dreamscape, there are a few surprises that show up that will make players awestruck. 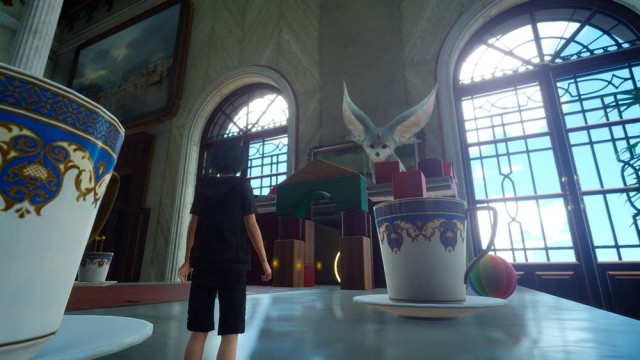 The game is definitely more of a casual affair, giving mostly weak enemies to deal with and only a fraction of Noctis’ abilities until the very last battle. Since Noctis is a kid, he uses childish versions of his weapons like a toy sword, a squeaky hammer, or fireworks as his magic. Combat is pretty straightforward, using one button to attack, another to dodge, and later on adds the ability to warp, as seen in the previous demo, Episode Duscae.

Throughout the various locales, there are golden crystals for Noctis to collect, unlocking a tier of plates that will allow him to transform into various vehicles, creatures, or even give him new items like stronger weapons and magic. Some of these plates even activate weather effects or even change the time of day, clearly placed to show off the technical aspects of the engine, which gives a nice change in tone to areas. Defeating enemies also adds to the crystal count, but it’s encouraged that players explore every nook and cranny to find the crystals and enemies scattered throughout the areas. One of the more open areas is a large room where Noctis is the size of an action figure, constructs made of books, building blocks and average household items, so it’s encouraged to explore the room. 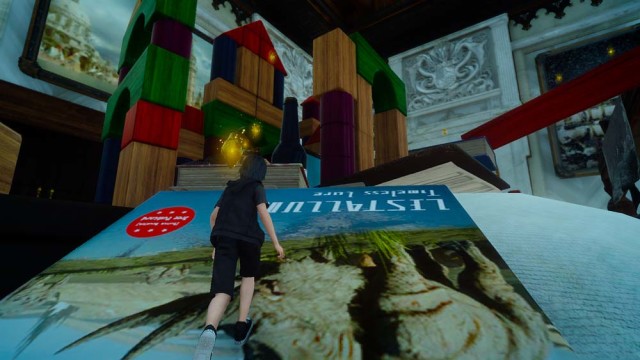 The various vehicles that Noctis transforms into don’t really add much to the overall game, basically just giving him a faster means of travel, but when he transforms into a monster, he can dish out major damage, though with a little less control than his human form. The magic can be a little difficult to control at first, typically having the player target an area, which unfortunately the enemies tend to leave the targeted area before the spell can be done. Hopefully this is something that gets addressed in the final game and works better by then.

The final battle turns Noctis to his adult form, giving players more abilities that unlock as the battle ensues. Carbuncle will cast Ruby Light which activates a new ability for the player. Even though it’s the first time players are given these abilities, they’re typically easy to do, and this seems to be the only area of the game the player can die in, though even that is very forgiving as reaching zero hit points puts Noctis in a recovery state that allows him to run for safety and recover his health. Overall, the final battle puts players to a test to see if they really understood the basic fundamentals of the game, and it really feels like a tutorial with a simple story than anything. For players that crave a bigger challenge, they can even use the platinum level plate to unlock an even more powerful foe to face. 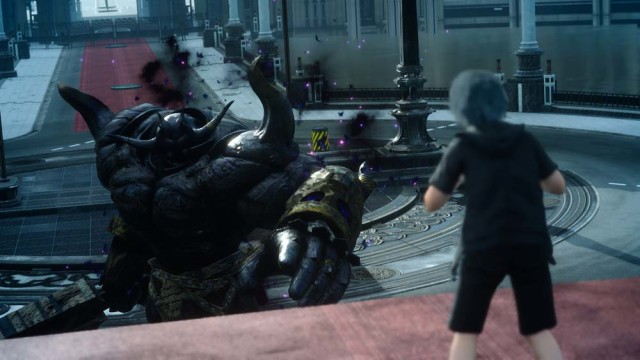 While simple and short, Platinum Demo: Final Fantasy XV does what it intended to. Give players an entry level Final Fantasy experience, teach them the basics of the game, and show fantastic visuals all throughout. With the music composed by Yoko Shimomura, and a sort of whimsical magic to it, it’s easy to recommend fans and even players new to the franchise to give this little game a try. It’s worth noting that the game encourages players to order Final Fantasy XV right from the game, which would be better left out of the ending, but it is marketing the final product so it can’t be helped.