Stickbold! A Dodgeball Adventure takes players on a trip back to the 70s, where every conflict is solved by a game of dodgeball. Björn and Jerome are thrust into insanity when, on the eve of the big dodgeball tournament, the opposing team is kidnapped by a man wearing a Devil costume. Among this team is the love interest of Björn, so the pair quickly gives chase. 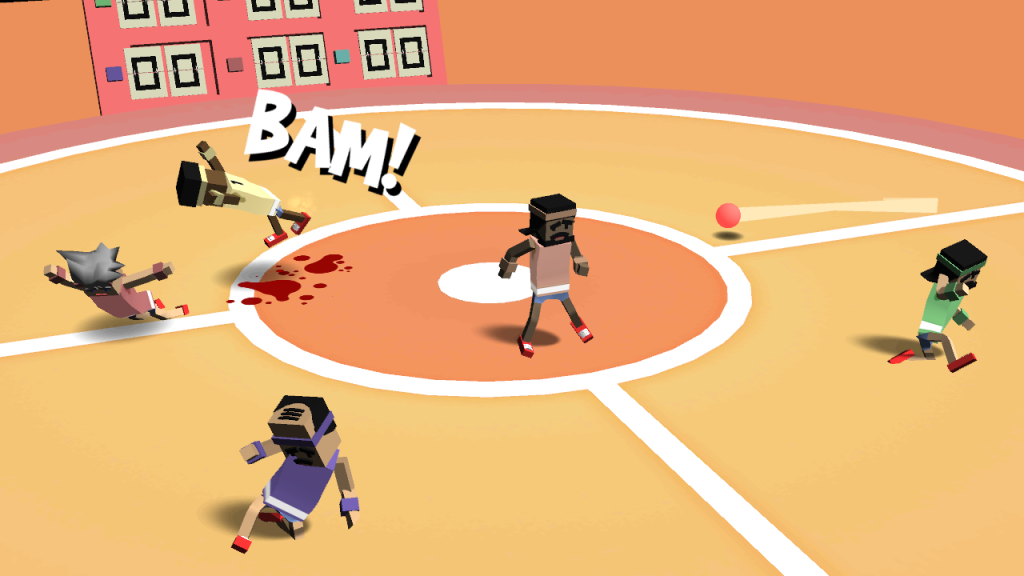 This chase is spread across five levels, with a boss after each one. Each invariably results in some kind of misunderstanding, and the only way to resolve it is via three rounds of dodgeball.

The controls are rather simple, controlling like a twin-stick shooter. You move with the left stick and aim with the right, using the right trigger to control how strong you want your throw to be. You can also dive out of the way and master more advanced techniques, allowing you to curve the ball in midair. The concept, as you can tell is quite simple, although a perfect run is hard to come by, even with a friend along. There are also three challenges for each arena, including breaking all of the benches in a single round, so you’ll need to play through several times to get the achievements.

Perhaps where the game shines most is the competitive multiplayer. When you’re knocked out, you will be able to take control of several hazards, allowing you to do things such as unleashing a streaker, hitting people with a swan, and even crushing them with a whale. 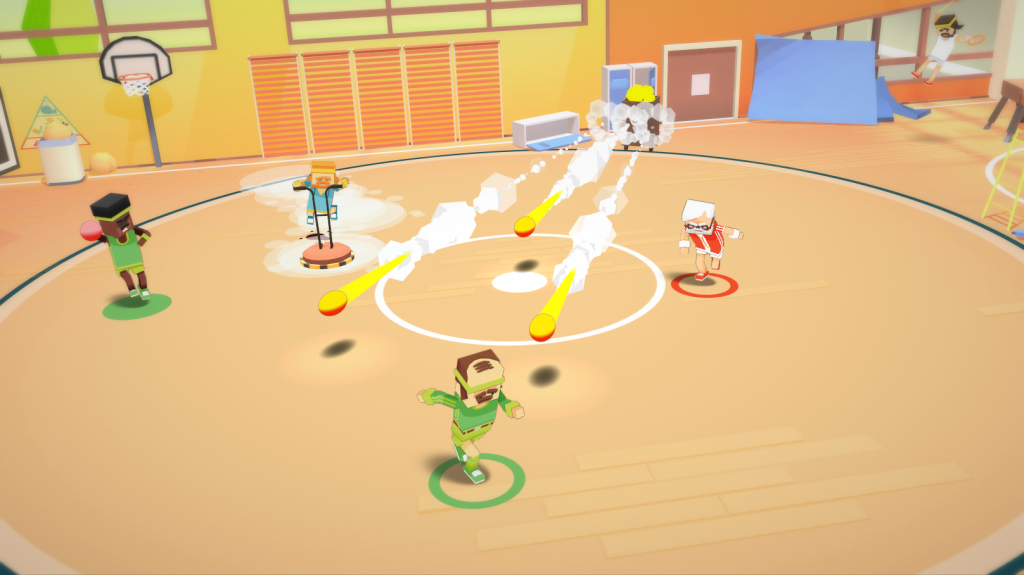 Due to some programming limitations, you can only have four players with four controllers, and a maximum of seven AI-controlled bots (with difficulty that can be set individually). These eight total can be spread across three teams however you wish. If you want to prove to all your pals that you’re the best around, for instance, you may want to go on one team while everybody else is on teams against you.

Stikbold! certainly seems to be shaping up to be a fun romp with friends, but currently, playing single player feels lacking.