During the Uncovered: Final Fantasy XV event tonight, Square-Enix announced a feature-length movie, Kingsglaive, that would take place before the events of the game. It was confirmed that 300 actress Lena Headey would play Princess Luna, Sean Bean of Game of Thrones and Lord of the Rings fame would play King Regis, and Breaking Bad star Aaron Paul would play the soldier Nyx. This is what Square-Enix had to say as the synopsis for the film:

“The magical kingdom of Lucis is home to the hallowed Crystal, but the menacing empire of Niflheim will stop at nothing to make it theirs. War has raged between the two for as long as most can remember. King Regis of Lucis commands an elite force of soldiers dubbed the Kingsglaive. Wielding their king’s magic, Nyx Ulric and his fellow glaives stand before the crown city of Insomnia, fighting to stay the inexorable advance of Niflheim’s imperial army.

Before the overwhelming military might of the empire, King Regis can only salvage his kingdom by accepting an ultimatum—he must cede all lands outside the crown city, and see his son, Prince Noctis, wed to Lady Lunafreya, the former princess of Tenebrae now captive of Niflheim. As the war of wills rages, the machinations of Niflheim transform Insomnia into an awe-inspiring battleground, pulling Nyx into a struggle for the very survival of the kingdom.” 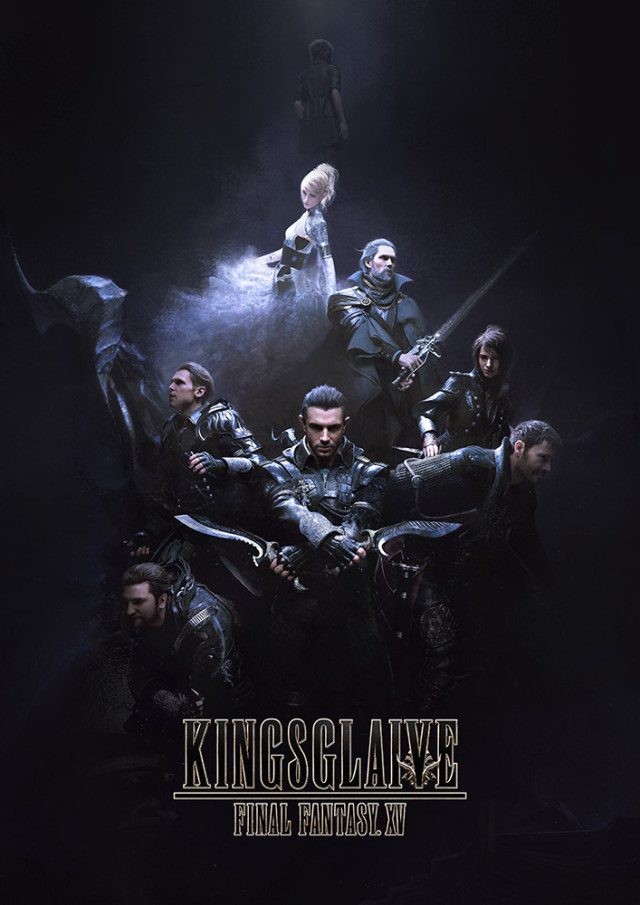 Sony Pictures Home Entertainment will be releasing Kingsglaive later this year worldwide for streaming services and will also be available to download, and a physical blu-ray will be included in both the Deluxe Edition and the Ultimate Collector’s Edition of the game. The movie is confirmed to release before the game drops on September 30th. Feel free to check out the trailer for the movie below.