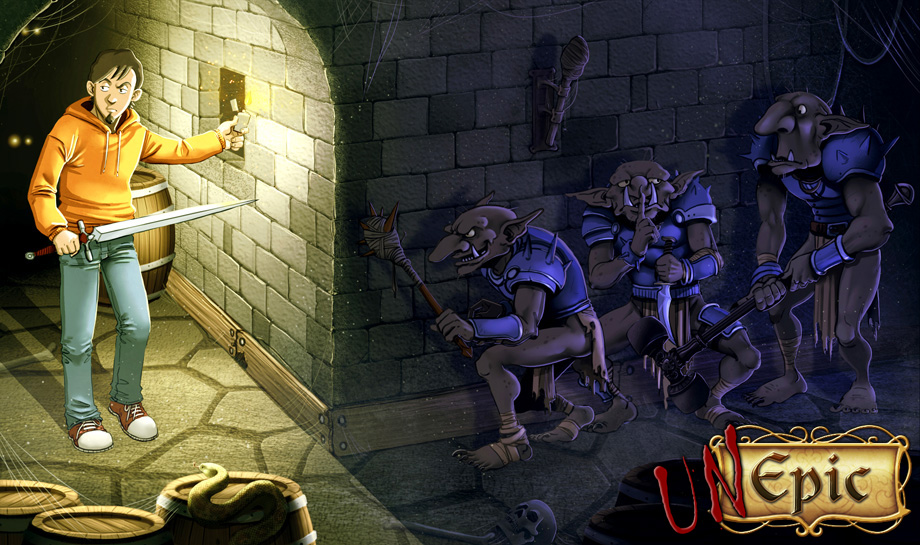 A Crowd Of Monsters and Francisco Téllez de Meneses were thrilled to unleash the side scrolling role-playing game, UnEpic on PlayStation 4 and Vita today. UnEpic has been inspired by the MSX title, The Maze of Galious, and tells the story of Daniel, a normal guy who likes video games and Dungeons and Dragons.

Daniel is transported into a sinister castle when the bathroom light goes out during his D&D pee break, and now you mush help him navigate more than 200 rooms as he adventures within Harnakon’s Castle. Each room is filled with monsters and interactive characters, and the game grants you more than 100 weapons and 70 magic spells to utilize. Providing, of course, that you can locate them. 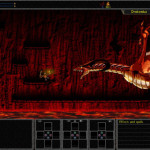 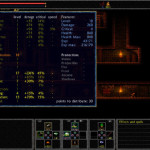 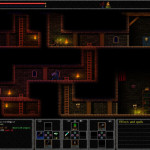 Ramon Nafria, Producer at A Crowd of Monsters, stated, “UnEpic is the first game we are publishing that we did not develop ourselves. Made by one developer in Barcelona, Spain, this game is a beautiful example of Spanish craftsmanship, and we are proud to be able to be a part of its expansion to current generation platforms.”

Will you be adventuring into Harnakon’s Castle?