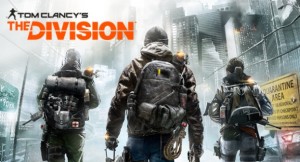 Ubisoft’s The Division is almost two separate games in one.

On one side, you have the story mode, where you and up to three friends can group up to take down groups and try to bring stability back to a New York City that’s been hit by a massive virus outbreak. Then, you also have the Dark Zone, a PVP-area filled with tough enemies and other players that can be friend or foe depending on their mood and odds of survival.

The game actually starts you in a smaller area of NYC, running a few tutorial missions before dropping into Manhattan. NYC was hit by a virus concoction of smallpox, bird flu and other big diseases spread on money during Black Friday shopping. As part of The Division, a sleeper-cell group, you’re tasked with finding data on the virus to try and help find a cure while keeping the peace by taking down rioters and other groups. 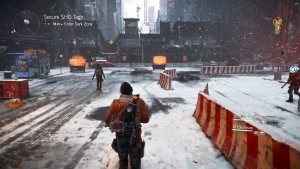 Early on, you’ll think there’s a ton of people you’ll see wandering the city. In safe houses, you’ll find random players wandering around and sometimes even blocking your access to areas, either on purpose or by accident. However, outside the safehouse, you’ll find the city to be barren except for your other team members, enemies and random citizens. Why you can’t pass by other players seems odd and makes the world seem disconnected, instead of a living, breathing place.

The core of the game is a cover-based shooter, taking down a few enemies in one location before moving up, killing more enemies, doing a small objective and continuing. Encounters and side missions can consist of one or a few small fights, while main missions can have a dozen of these encounters leading up to a boss fight at the end.

Of course, it wouldn’t be a RPG-light shooter without plenty of loot. Enemies drop guns, armor and accessories that can boost one area of your abilities, like DPS or health, while lowing another area or keeping it the same. There’s plenty of loot to find and either sell or disassemble for materials to make better equipment using blueprints found on side missions. Materials can also be found in small shops that litter the city and respawn after a few hours.

Helping make fights easier are the skills, perks and traits used during fights. Skills come from three areas: Medical (heal, supply kit that can heal and revive, etc.), Tech (sticky bombs, turrets, etc.) and Security (portable walls and shields). Each skill can also have a modifier added to it as you unlock more of your main safe house. Opening up the safe house can also give access to perks that can be equipped and traits that are always passively active as well. 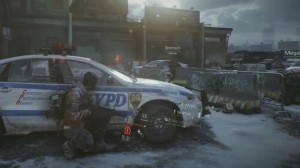 Outside of the missions in the main area, there are plenty of collectibles to find to add to the events in New York. They range from recreations of a fight or event in the area, to cell phone calls and missing agent documents to find. Collectors will have plenty to do here, culminating with the last collectible unlocking after you beat the main game.

During your run through NYC, you’re sure to spend quite a bit of time in the Dark Zone, which I had a blast actually running through. Besides housing some of the best gear and blueprints in the game, it’s also where PVP takes place.

Enemies all have increased health and sometimes are over-powered, requiring you to team up with your party and strangers to take them down. Once they drop loot, players collect what they can until their pack is full, then call in a chopper that will, after a short countdown timer, extract their gear to be picked up later to be used. Until you extract, contaminated gear from the DZ can’t be used.

This can also lead to tense moments, because at any time one of the players can go rogue and try to kill the others to get their loot to send off. While being rogue can get you better gear through player kills, you can also lose a lot of DZ levels if you’re downed by other players. 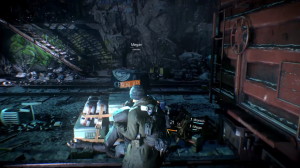 I’ve ran into a variety of scenarios so far in the Dark Zone. Sometimes, players just act for their own good, shooting at mutual enemies if they have to but not teaming up otherwise. A few times, a group of eight-10 players take down waves of enemies and the occasional rogue player to protect each other and take down some of the bigger bosses in an area.

And, my most recent experience, a group of three players all were rogue and going through areas mowing anyone down they can. I stayed far enough behind them to mop up mobs and get loot, but ducked away when they came closer. Running solo in the Dark Zone is doable, but definitely not recommended due to scenarios like that.

After a slightly rough start, The Division has actually shaped up to be an enjoyable cover-shooter from Ubisoft. If you have a few friends, your group will find a lot to enjoy and explore. For solo gamers, though, you may want to look for a different shooter unless you enjoy random groups.