Good Robot is a fast-paced shoot ’em up with roguelike elements that places you in the role of the final remaining Good Robot. You will need to navigate procedurally generated labyrinths, destroying the berserk robots who have scoured the colony. Those wondering what makes this such a Good Robot can discover the answer in the newest trailer:

Ajit Castellano, the current CEO of PyroCorp discussed a controversial event, known as the Pizzaland incident, with game developer Arvind from Pyrodactyl. Check out the interview, as presented on the official press release, below:

Arvind: Let’s get right to it – did your robot pizza chef slash a man to pieces with a military laser, put him on a pizza and then serve him to a table of safety inspectors?
AC: It’s unfortunate, but not our fault. We had explicitly warned the restaurant to keep customers with fungal infections away from the food preparation area, and the customer in question had a minor case of athlete’s foot.

Arvind: Why should that…
AC: The robot mistook him for a mushroom.

Arvind: The CCTV footage was shocking. Are you afraid that might affect sales of the chefbot model?
AC: It had better affect them! It proves our chefbot’s reflecting laser attack works exactly as advertised.

Arvind: And a chefbot needs a laser because…
AC: You want it to be helpless if the robot busboy’s grenade launcher malfunctions? Okay, sicko.

Arvind: Why not just remove weapons from all the robots?
AC: I hear you, but at this point no human is capable of stopping these robots long enough to disarm them. Do you wanna be the guy to chase down a flying flamethrower bot?

Arvind: No, but…
AC: Not to worry, though! We at PyroCorp always have the answer. Presenting, the “Good Robot” – the final word in automated violent peacekeeping. It can evade any weapon system on the planet. It’s compatible with every weapon currently on the market – plasma grenades, cluster missiles, you name it. It passed field tests everywhere in the colony – downtown, scrapyard, underwater, even that district that’s always on fire, and it passed all with flying colors.

Arvind: And this will take down any rogue robots? Even the spiders?
AC: Especially the spiders. Hand to god – if every robot in this entire colony went crazy at the same time, it would still have a fighting chance. And what are the odds of that?

What are your thoughts on the infamous Pizzaland incident, as discussed in the interview? 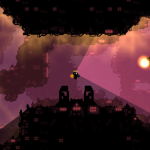 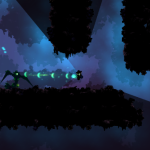 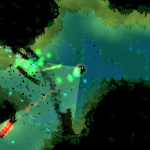