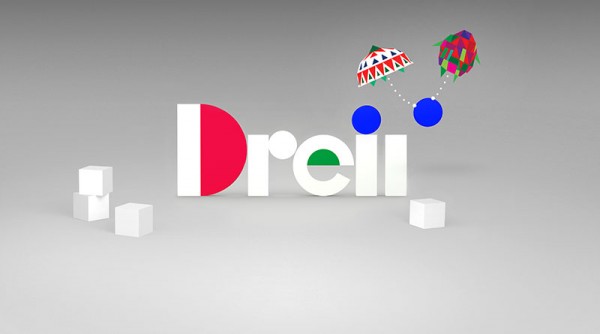 Etter Studio hopes to engage people with a simplistic physics based puzzle game, turning it into a social experiment of sorts thanks to some universally translated words. Will they be successful in their attempt with their newest title, Dreii, or will it fail to impress?

Dreii features extremely simple controls. You will utilize the analog stick or the D-Pad to move, and utilize X to tell your character, a colorful geometric shape, where to go. There aren’t really any instructions, allowing the player to utilize the first level thinking for themselves as they figure out what, exactly, needs to be done. For some, this can be a welcome change of pace from the tutorials found in many games, and it allows you to work at your own pace, even giving a sense of achievement for the small discoveries you make in the very first level. Your goal in each level is merely to stack a set of blocks to a certain point and hold it there for several seconds. 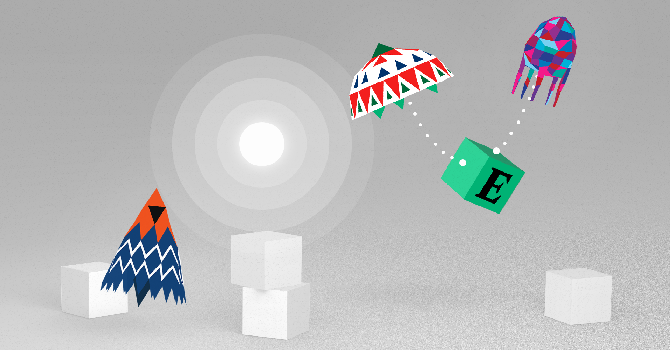 As you proceed through the game, it becomes harder, adding in different shapes and obstacles for you to consider as you attempt to reach your goal. You’ll have rectangles, triangles, and circles in varying sizes, and, later on, you will even be introduced to blocks that cannot be moved at all. These blocks come in a darker color, so there is no confusion as to which ones you can move and which you cannot.

You will choose which level to tackle next upon finishing each one, and, if you wish, you can go back to a previously ignored path to pick up the puzzles there. 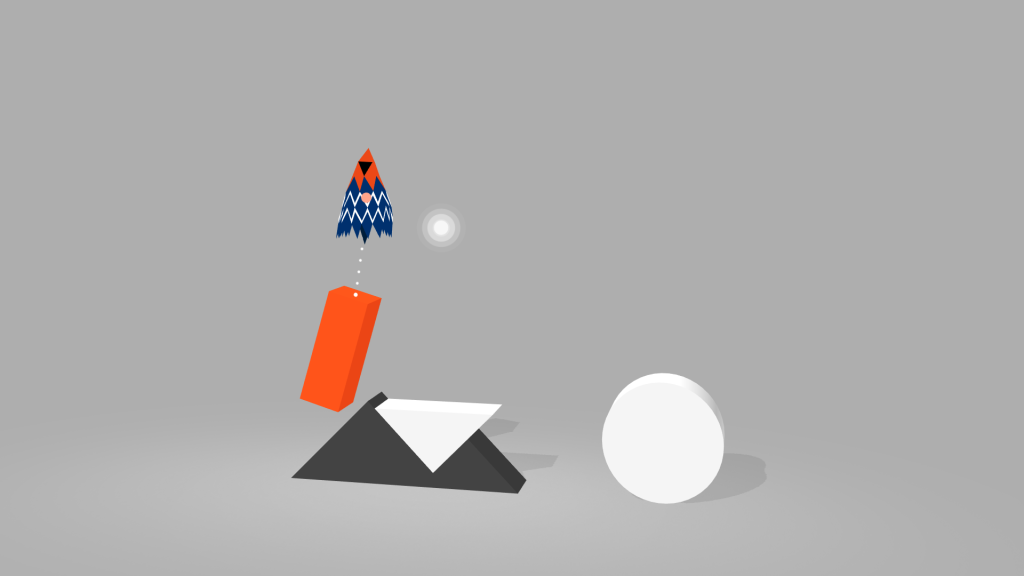 In addition to the varying blocks, the game throws in some weather based tasks add a curve ball to the gameplay. This includes the wind that is present in some of the stages. The wind in these stages can destroy your tower, adding in a time factor as you attempt to complete the challenge before your work is destroyed.

Occasionally, there will be stages that require multiple players to finish. In instances where there are no other actual players around, the assistance will be provided by the AI.

In terms of players providing assistance, the multiplayer, which is somewhat hidden, is, perhaps, where Dreii shines the most. You will encounter all kinds of people as you go through these puzzles, from those who like to float around, barking orders, to those who will immediately apologize whenever something goes wrong, even if they are not in the least to blame. This turns the simplistic physics based puzzle title into more of a social activity, particularly since you can communicate with people around the world thanks to the pool of universally translated words.

The sound effects aren’t all that much to speak of. That said, they may invoke nostalgia as they bring to mind activities of youth, such as Lego blocks being thrown around and the bashing of blocks. These sounds can, over time, become quite annoying, which can prompt players to turn the sound down, or even off completely.

Dreii features simplistic graphics, and that’s all that the title needs. Those who are addicted to the larger gaming worlds that are bursting with color may be put off, but in this reviewer’s opinion, the simplistic look fits the game well.

Overall, Dreii is a fun little puzzle game that anybody should be able to enjoy. The sounds, as noted, can become grating after an extended time, and going back to single player after experiencing multiplayer is definitely disappointing when it happens. After all is said and done, Dreii, for those that experience the multiplayer, feels like a title that will live or die based on the community of players.