Sandbox Interactive was excited to announce that the latest update to their medieval sandbox MMORPG, Albion Online, is now live. This update, known as Cador, brings new PvE content, such as Heretics-themed dungeons and bosses, as well as reworked armor and spell systems, improved mob visibility, user interface improvements, many bug fixes, and more. You can check out the official site for full details.

The PvE content introduced in Cador revolve around the Heretics faction. This includes new gateway dungeons and ruthless bosses for solo players and small groups to take on. In addition, it offers a new strategic element for both PvE and PvP combat with a new death mechanic that introduces a knock down phase. During this phase, your hit points will slowly regenerate until you recover, unless,of course, the enemy kills you before you can obtain the full resurrection. 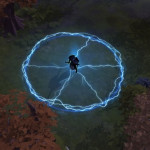 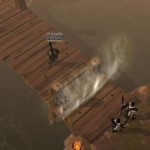 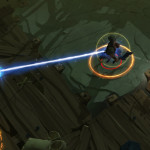 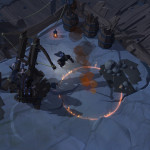 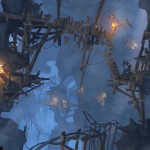 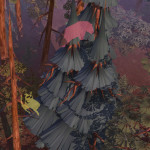 The new armor categorization (light for cloth, medium for leather, and heavy for plate), new spells, and even the new portable gear repair kit all allow for longer mob grinding trips that suit your own, unique playstyle. A new fame bonus mechanic has also been introduced to balance the risk and reward, yielding fame bonuses as you adventure into dangerous PvP zones.

Finally, the new update has scaled the UI to fit more information on the screen, as well as a silhouette system that improves both character and mob visibility.

What are your thoughts on this newest update?