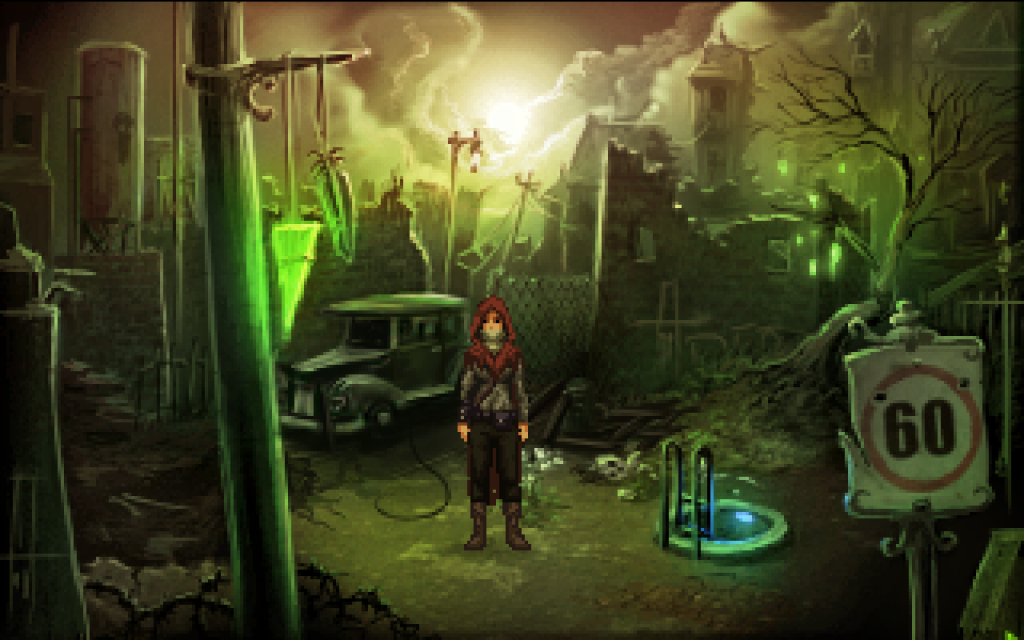 Wadjet Eye Games has recently launched another graphic adventure game featuring the classical look and feel that one would expect from a title released in the mid ’90s. This title, known as Shardlight, places you in the role of one Amy Wellard, and hopes to claim a place beside some of the other great titles Wadjet Eye has published, such as last year’s Technobabylon,but will it succeed, or will the post-apocalyptic tropes fail to impress?

Amy Wellard is a woman who has grown up in a country that was rocked by a bombing twenty years ago. Several of the country’s inhabitants are suffering, and potentially dying, from a deadly disease known as Green Lung.

Amy discovered that she has some of the symptoms of this deadly disease, and thus takes on a dangerous government job in order to obtain a lottery ticket, which will hopefully save her from the deadlier stages of this illness. It is on this job, heading into a sewer to restart a reactor, that you gain control. 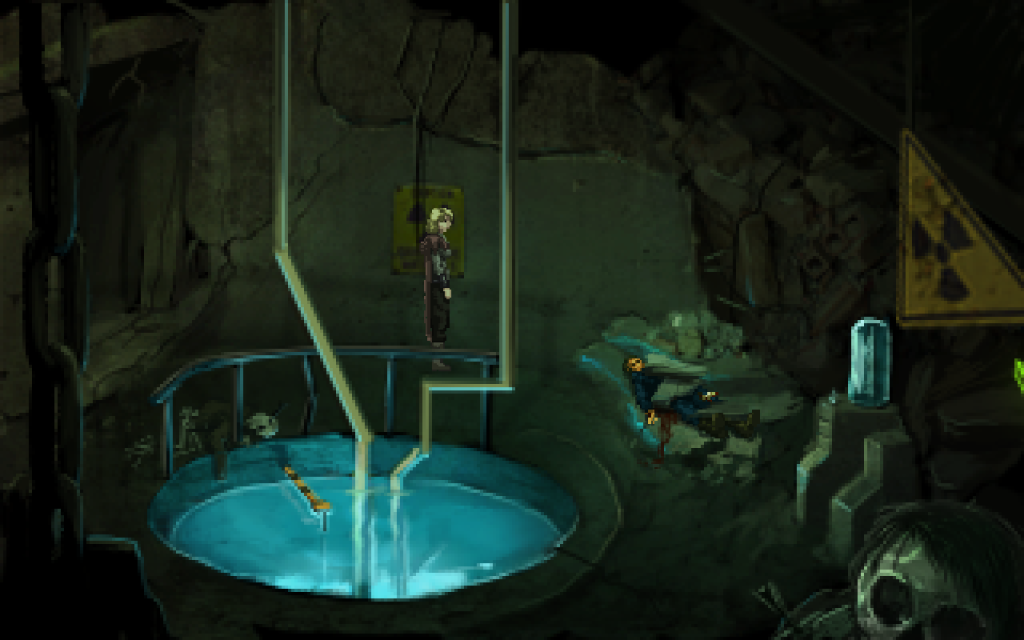 The job may not sound too bad, but she quickly discovers the previous worker who had been sent down has been crushed by a piece of masonry. Recognizing Amy, he begs her to deliver a note to somebody, promising that, “Everything will change,” if she does.

She agrees, and stumbles onto a group of revolutionaries who are determined to expose the Aristocrats, who dress in powdered wigs and turn-of-the-century clothing and control the vaccine to cure Green Lung, for who they truly are. Amy will need their assistance to uncover the conspiracy. 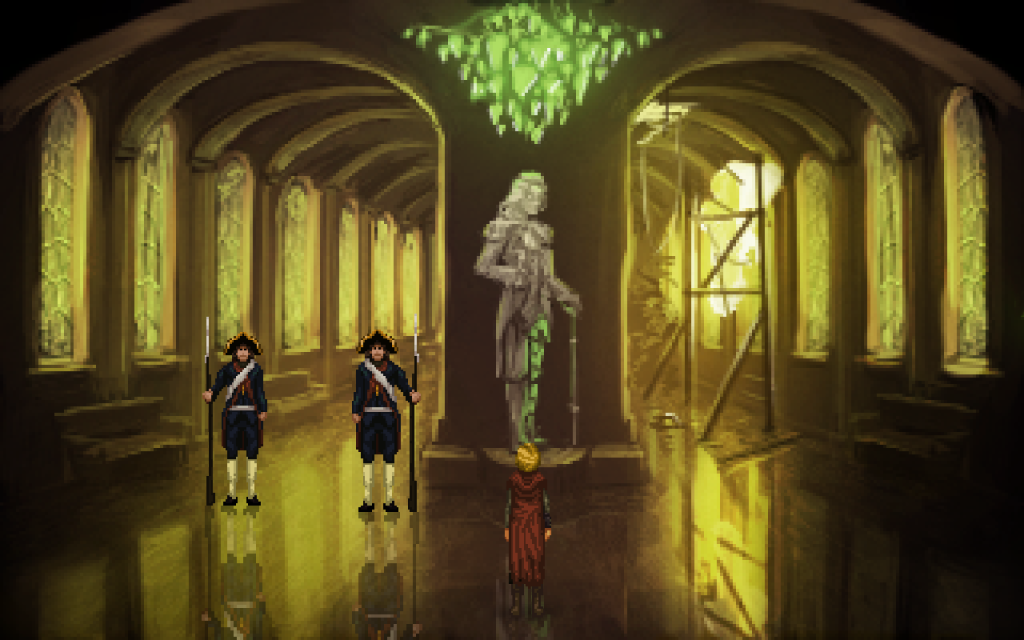 Overall, the story is rather cliche, but it really isn’t bad. In fact, aside from a few moments, it’s actually rather engaging, filled with interesting characters, including a mysterious figure known only as the Reaper. There is also a notable thread revolving around the titular light, which is caused by uranium glass that is being used as a light source by UV rays striking these shards that are hung up all over the town (of course, you wouldn’t learn what they are unless you examined the shard on the first screen).

Most of the in-game characters are quite likable, from teenage rebels to matriarchal farmers. Unfortunately, it’s quite clear who the good guys and bad guys are, and the story itself does slip up at some vital points. For example, the villain’s motivation behind his actions seems incredibly flimsy, and the ending, without spoiling anything, feels as if a choice was tacked on in order to grant a multiple ending scenario.

As one would expect from a point-and-click adventure, the gameplay is quite simple. Amy’s walking speed is good, and the puzzles, while many could stand to be more challenging, get the job done, with a few even being rather unique and quite interesting.

Unfortunately, if you were looking for more, the game’s linear fashion will disappoint you, as it ensures that all items you will need at any given moment are close at hand.

Perhaps the greatest selling point of Shardlight is the graphics. Wadjet Eye titles typically use pixel art to its finest effect, and this is no exception, and the world, though feeling cliche, does come across as being created with loving care, thanks to the incredible details and small animations. 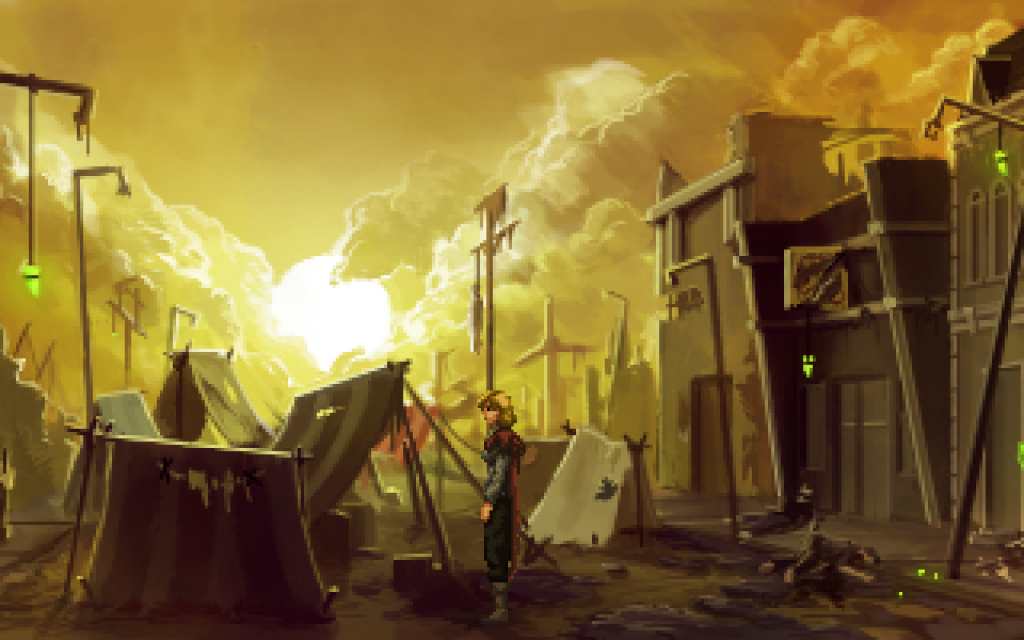 In terms of sound, the music and voice actors both enhance the game’s atmosphere.

When everything’s said and done, Shardlight is a decent adventure game that should take the average player between five and seven hours to complete. This may disappoint those who were hoping for more to explore, but it is still a solid game that fans of the genre should enjoy, even though it is quite linear.