2K and GameStop were excited to unleash the collectible token series for the popular card-battling game, WWE SuperCard, known as WWE SuperToken.

This is offered as a limited edition and delivers a lineup of WWE talent through 10 collectible tokens. Some of those you can get include John Cena, Brock Lesnar, Roman Reigns, Dean Ambrose, and Diva Paige. These tokens are available for $6.99, with each granting three cards in the game. These come in one Ultra Rare card featuring the likeness of the Superstar or Diva, and two Rare mystery cards.

Once redeemed, the tokens can be shared up to three times, allowing others to access a Super Rare card of the featured Superstar or Diva, and each token features a unique distribution quantity. 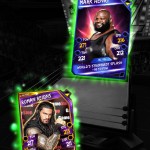 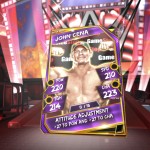 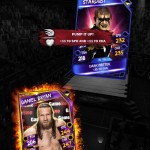 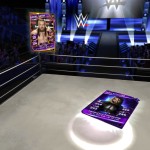 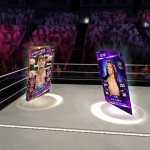 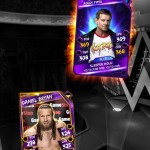 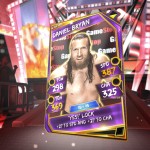 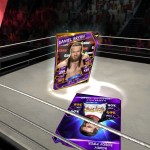 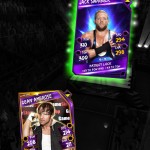 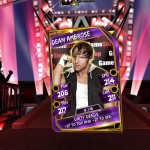 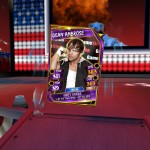 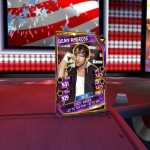 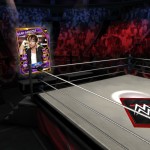 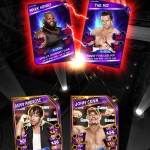 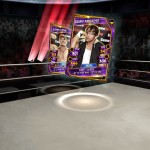 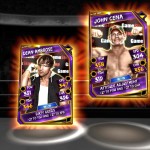 Chris Snyder, Vice President of Marketing at 2K, stated, “Since its launch in August 2014, WWE SuperCard has become the biggest mobile video game in WWE and 2K history, captivating fans with its breadth of collectible cards, as well as variety of quick play and team-based action. Our new partnership with GameStop to deliver limited edition content through WWE SuperToken presents exciting opportunities to extend the mobile gameplay experience through a retail platform and reach an even larger audience.”

Erick Bright, Senior Director of Merchandising at GameStop, said, “WWE has some of the most spirited fans out there, and their passion for their favorite WWE Superstars and Divas is amplified though the power of video games such as WWE SuperCard. Having an exclusive partnership with 2K to offer WWE SuperToken in our more than 4,000 GameStop stores nationwide allows for gamers everywhere to discover and experience new limited edition content like never before.”

Here’s a quick rundown of how it works, courtesy of the official press release:

WWE SuperToken in-game content is transferred to a mobile device and linked to a user’s WWE SuperCard account in one of two different ways. Consumers with NFC-enabled technology for Android can tap tokens against their devices to transfer the new cards. Alternatively, both Android and iOS users can utilize QR codes included with each WWE SuperToken retail package to acquire the content. In support, WWE SuperCard now includes an in-game QR scanner to help facilitate WWE SuperToken redemptions via QR code.

What are your thoughts on the partnership?