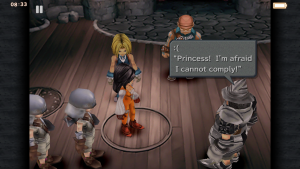 With the recent release of Final Fantasy IX on iOS devices, the PSX era of the Final Fantasy series is now fully mobile for gamers to relive some of their favorite moments on the go.

The port itself works great. Cutscenes are nice and smooth, and the music is still as great and memorable as it was on the PlayStation.

I won’t focus much on the gameplay here. If you played it before, nothing has changed. The combat is the same, Tetra Master is still in the game, and the story is still top notch. If you haven’t played it before, just know that combat is the Active Time Battle hybrid between turn-based and real-time that the series progressed to, Tetra Master can become extremely addicting as you try to find the rare cards to collect and there are plenty of side quests and some optional characters to find as you progress through the world. 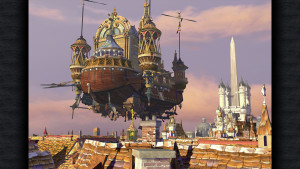 There are a few new features that make the game easier to pick up and play in short bursts while on the go. Four shortcut options have been implemented that can make the game a breeze to go through. One gives you 9,999 damage on each hit and will make you impervious to being knocked out unless an attack does more damage than health you have. One always puts you in a constant trance state in battle with instant attacks. One lets you skip all random encounters and the last speeds the game and cutscenes up to move through areas faster.

While some won’t like these cheats, others may find them effective to breeze through sections to just experience the story when they can. Personally, when I found myself short on time the 9,999 damage was great to just crush enemies quickly to get to the next save. It’s also worth noting that there is an autobattle system where your team will constantly attack without commands if wanted as well. 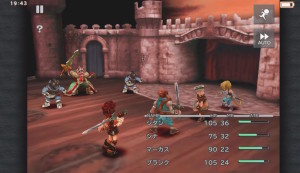 While the old Mog save system is still in the game, meaning you can only officially save at a Mog (as well as transfer messages with the MogNet), a nice soft save feature has been implemented. If you close the app down for a while and come back to it. You’ll start at the beginning of the screen you were just on. So, if you’ve done some fights or found a chest, you’ll have to find them again. However, it’s better than backtracking multiple screens again and again if you keep getting interrupted by calls and texts while gaming.

Overall, Final Fantasy IX is a great port to the iOS. It keeps everything the same as fans will remember years ago, but introduces some new shortcuts for newcomers to experience the series at a pace they want. If you’re an RPG fan and missed this entry, you’re doing yourself a disservice if you haven’t started to download the title yet.