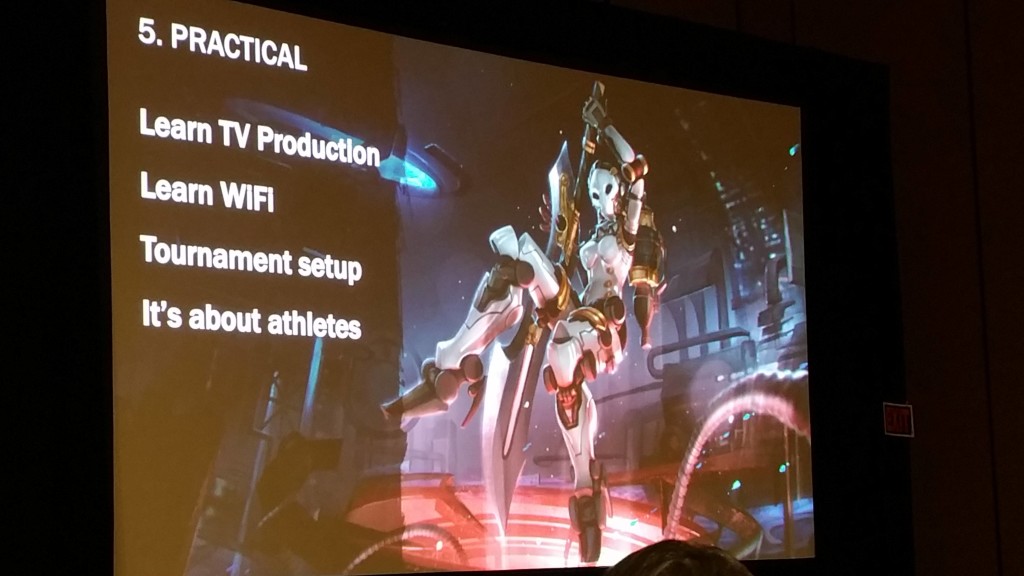 UPDATE: Twitter user <a href=”http://www.twitter.com/benglory”>@BenGlory</a&gt; relayed a link to me showing the newly-posted lore confirming the new champion! Her name: Alpha.

We’ve removed the question mark from our old title as a result. Alpha, welcome to the Halcyon Fold.

One of the best parts about going to GDC is learning more about the games you love straight from the people who make them. As a pretty huge Vainglory fan, I admittedly was excited to learn more about how the 3v3 touchscreen MOBA developed from a small mobile title to an eSport recognized by eSports organizations like SK Gaming and most recently Team SoloMid. I didn’t expect this slide though, which looks like a leak for a new champion.

Kristian Segerstrale, also known in the Vainglory world as EdTheShred, is the COO and Executive Director of Super Evil Mega Corp and gave a talk titled “The Vainglory Story — 5 Lessons From Building a Touch Screen eSport.” After showing videos to profile the game’s increased success, he broke down the lessons learned into five sections, the first four of which showcased various Tier 3 hero character skins. The fifth slide however, seems to not be showcasing just a hero skin, but an entirely new hero.

Seemingly a woman based on her body type, the mask she wears shields her face. Still, the giant sword she wields is unlike any of the weapons currently used by any champion in the Halcyon Fold, particularly any of the women. Especially considering that the slide was nearly Segerstrale’s last of his slide deck, it would make perfect sense to use it as a chance to leak a special reveal to seasoned players. He made no mention of the character during the presentation.

I’ve reached out to multiple other Vainglory players and nobody seems to know who this mysterious champion is. It’s also possible that this is a skin for a character currently in rotation, though thus far none of the character skins have seemed to completely change the look of the character’s weapon. We’ve reached out to Segerstrale via Twitter, but he hadn’t responded at press time. We’ll certainly update with any news received; comment below with thoughts or theories!