The popular Warriors franchise has typically drawn players in with large scale battles that can help you feel nearly invincible as you mow down hordes of enemies, sometimes twenty at a time, with its hack and slash gameplay. Unfortunately, this focus tended to make some of the other aspects, such as the web of menus, rather bland. In addition, the difficulty never really felt like it creates a genuine challenge. 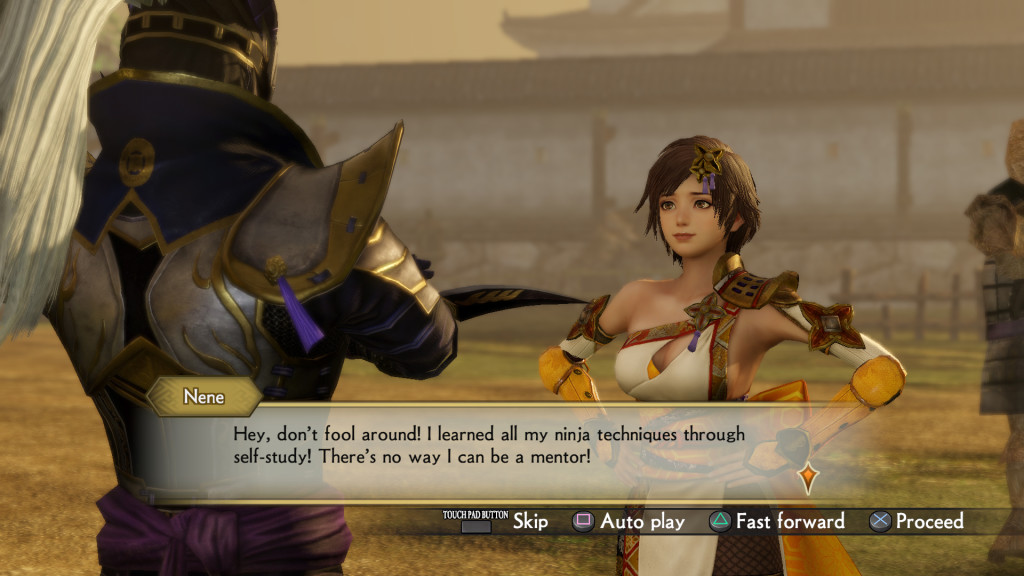 Will Samurai Warriors 4 Empires be able to overcome these pitfalls?

Samurai Warriors 4 Empires, despite taking place in the Sengoku era, which has many interesting stories, doesn’t really have an interesting narrative to speak of. This is a pity, though some may consider it more of a benefit, as it allows players to get into the action even faster.

Samurai Warriors 4 Empires allows you to shape your own narrative, hosting a complex network of relationships amongst your generals and the other characters you come into contact with. Two great warriors meeting on the battlefield may form a rivalry, while officers will eventually take on proteges, spouses, and friends. 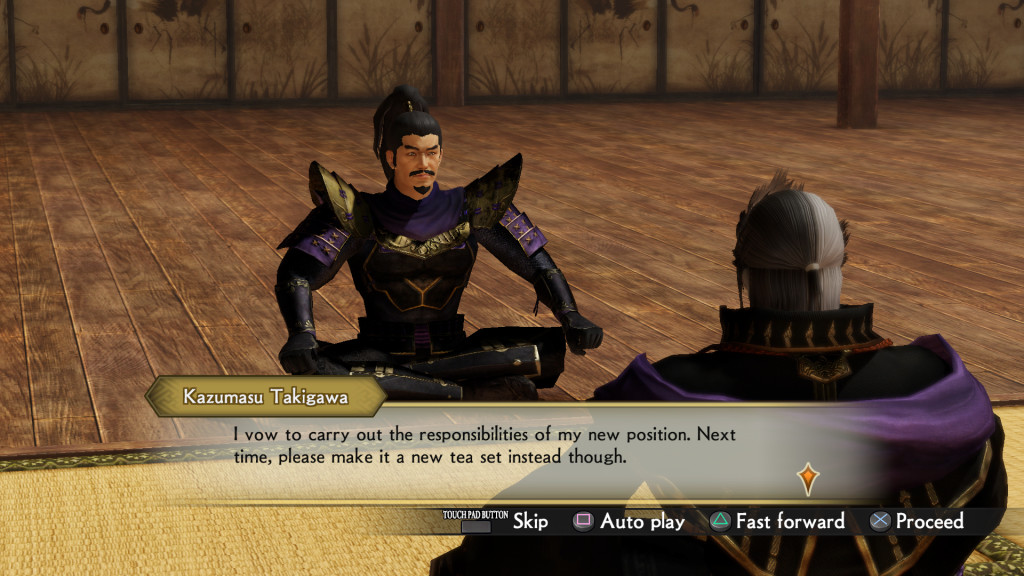 Overall, this layer honestly feels rather superficial, and one can’t help but feel that a more in-depth story mode would make everything a bit more interesting.

It’s a fairly superficial layer to the game yet one that will treat you with occasional cutscenes, depicting two or more familiar faces as they continue to bond.

Samurai Warriors 4 Empires quickly teaches you to rely on far more than sheer brute strength if you wish to win a fight. Where in previous Warriors games, you could mow through your enemies and feel nearly invincible without needing to strategize much, if at all, you will be in for quite a shock if you attempt this same ploy. Samurai Warriors 4 Empires allows you the freedom to attack enemies without any real preparation, and you can show up at the enemy gates with a great deal or very few troops, formations, and strategies.

If you hope to achieve victory, you’ll want to make sure you have quite a few of each. Lack of preparation in this title will result in a punishing defeat, even on the default difficulty, This is quite different from the previous titles, which typically only resulted in a minor handicap if you went in without such preparations. 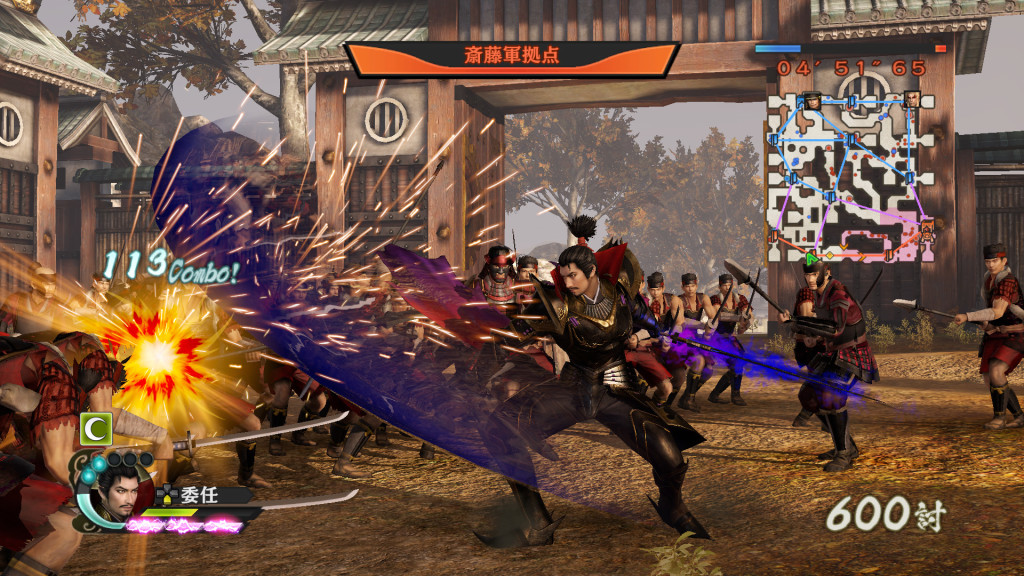 Combat itself, of course, still plays quite a major role in the game, and I did not notice any dips or lag, no matter how crowded the screen became with enemies. That said, if you want to gain advantage over your foes, you will need to focus on the five core pillars; military, strategy, personnel, diplomacy, and development. Each of these pillars helps strengthen the position of your empire.

During the politics phase of each turn, you’ll have a limited number of policies you can enact. You begin with two, and different policies will have different effects. Military policies can replenish troops and learn new formations, for example, while development policies will increase both crop yield and commerce across all territories, helping you fund more. 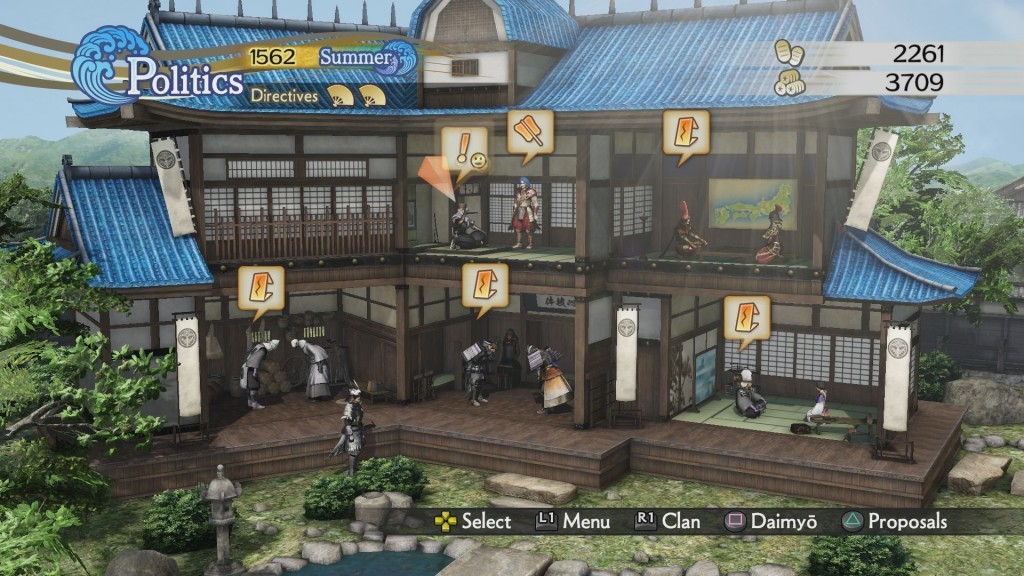 Unlike the previous Warriors titles, these decisions won’t be made through a bland series of menus. Instead, you will see your own castle, with each room fulfilling a purpose. Inside the castle, you can assign your chief officers, and hovering over each room will highlight the policies suggested by the characters you have stationed in that quarter.

Aside from the campaigns, you also have another mode, the Free Mode. This mode allows players to create their very own scenarios where they get a blank map and can place cans where they wish.

You also have access to an edit mode, allowing you to create your very own character. This character creation system is every bit as detailed as, and in a few cases more so, your typical character creation in a role-playing game. A few of your options include gender, Warrior class, clan, weapons, hair, and even if you have a spouse or are the child of two other Warriors already in the game.

This character can be utilized in either Conquest or Free Mode.

When all is said and done, Samurai Warriors 4 Empires, despite its flaws, definitely feels like a huge step in the right direction for a franchise that many feel has stagnated a bit after Samurai Warriors 4. The refined core gameplay of Samurai Warriors and tactics of Nobunaga’s Ambition make for a great combination, and keep things fresh.