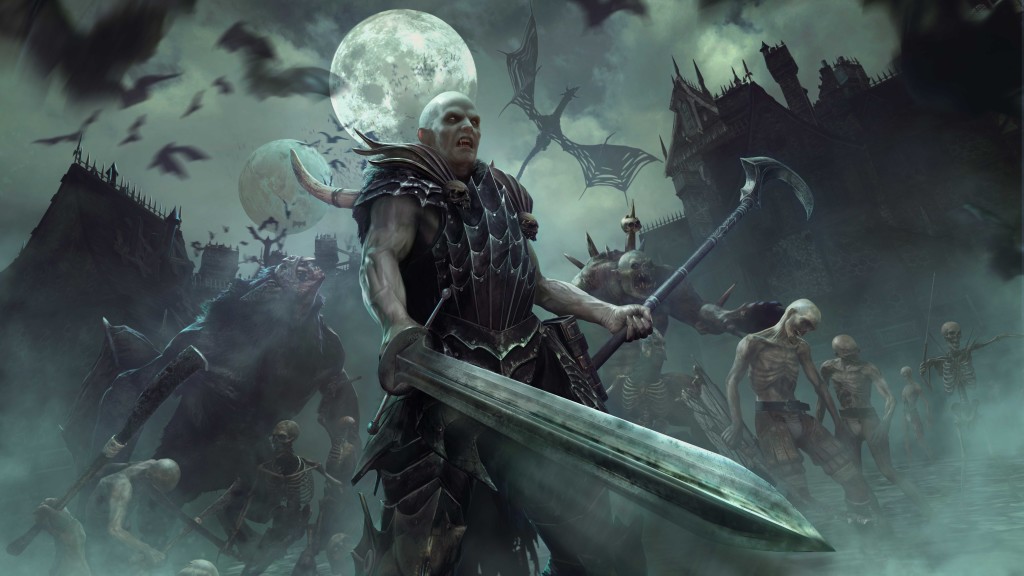 Recently the final, as yet unseen, race for Total War: WARHAMMER has been revealed. This race, known as the Vampire Counts, are led by Mannfred von Carstein, the chief acolyte of necromantic magic and the Vampire Counts’ most cunning son. They have battalions of age-dead soldiers at their disposal as they march forth to claim the Old World in the name of the undead.

Those who stand against the Midnight Aristocracy will need to contend with moldering legions of Grave Guard, Skeletons, colossal aberrations, and bat-winged beasts that lay siege to gigantic Dwarfen citadels, all while Mannfred prowls the skies on his ferocious Zombie Dragon. The Vampire Counts are masters of Death magic and necromancy, allowing them to turn those who stand and fall to their might to their side.

Check out the Vampire Counts in action in the official trailer:

You can also check out a stream that went on earlier via the official Twitch channel.

Will you join the Midnight Aristocracy of your own will, or stand and be turned to their side once you fall?