The Guest arrives on Steam

505 Games and Team Gotham were thrilled to launch the moody and stylish first-person title, The Guest, today on Steam for $9.99. They have also shared some new screens: 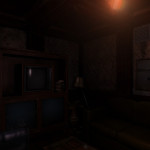 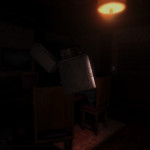 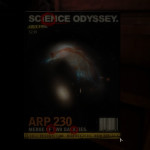 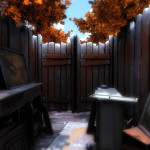 For those who haven’t been following the game, here’s a quick summary of the game’s story and key features, as presented on the official press release:

The Guest begins when you check in to the rundown Oakwood hotel as Dr. Evgueni Leonov, an old Russian scientist who plans on making the Oakwood his new residence for a few days. However, things are not as they seem when Dr. Leonov discovers that he is being held captive in his room. His only escape is to solve riddles and work through complex puzzles in order to discover the identity of his captor and their motives. All of the pieces and players are hidden in plain view; it’s up to the player to decipher the clues!

As you delve deeper into The Guest, you begin to unravel the enigma behind Dr. Evgueni Leonov’s backstory which makes you wonder if all is really what it seems. The layers of mystery and intrigue in the narrative make The Guest a unique and compelling experience.

Set against the distinctive backdrop of the 80’s in a dilapidated and eerie building, ‘The Guest’ draws players in with its foreboding and mysterious atmosphere.

A combination of classic adventure gameplay mechanics and challenging puzzles with a multifaceted narrative to tie it all together ensures that players will be captive to The Guest’s engaging plot.

The game launched on March 10, 2016 for Steam and early purchasers will receive 25% off. “Check conditions on the Steam page,” the developers state. But you should be careful, because they advise, “Breakfast not included.”

Will you be checking into this creepy hotel?