The Pokémon Company International and Nintendo were excited to announce that users who access their Pokémon Bank account between now and October 31, 2016 will be able to receive special versions of the Legendary Hoenn Pokémon Regirock, Regice and Registeel. 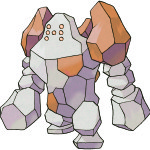 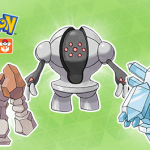 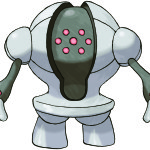 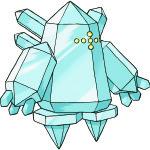 These three Legendary Pokémon, which appear in Pokémon Omega Ruby and Alpha Sapphire, will each be Level 50 and feature Hidden Abilities that were not available when the Pokémon were caught in the wild during regular gameplay. These special versions will be available exclusively for Pokémon Bank users.

First off is Regirock’s Hidden Ability, known as Sturdy. This ability allows Regirock, if he is at full HP, to be hit by an attack that would normally cause it to faint, but instead survive with 1HP remaining, increasing his threat.

Regice features the Hidden Ability Ice Body. This allows the Pokémon to restore its HP whenever the weather condition is Hail, allowing it to utilize the weather to its advantage.

Finally, Registeel features the Hidden Ability Light Metal. This halves the Pokémon’s weight, thus reducing the amount of damage that Registeel takes from attacks like Grass Knot and Low Kick, which increase in power the heavier the target is.

Players who desire these Pokémon simply need to access their Pokémon Bank account in Pokémon X, Pokémon Y, Pokémon Omega Ruby or Pokémon Alpha Sapphire, then utilize Pokémon Link. Each player can only receive the trio once.