Phosphor Games today announced “Vive’s scariest horror game,” as they put it, The Brookhaven Experiment. This title is an upcoming virtual reality shooter that limits the players resources as they struggle to survive an apocalyptic new world full of horrific monsters.

Chet Faliszek of Valve stated, “As a developer on the Left 4 Dead series, we always tried to put you into the action – we wanted you to be there.  The Brookhaven Experiment does this in a way we never could in a traditional FPS and the results are horrifying.”

Players interested in the game can check out the free demo, currently live on Steam. The full game is set to release on April 26 at a price of $19.99, and players who pre-order before April 5 can take advantage of a special 25% discount. Check out the trailer below:

“Exploring bright and beautiful VR worlds is fun, but with The Brookhaven Experiment, we’re taking dead aim into mankind’s most primal instinct — survival,” said Chip Sineni, Director of Phosphor Games. “Brookhaven’s level of presence is so permeating and real that every ounce of your body will believe you’re in this incredibly terrifying place we have created, experiencing real fear, without the need or use of cheap jump scares.”

Here’s a quick summary of the game’s story, courtesy of the official press release:

The Brookhaven Experiment is set in a time when something has gone terribly wrong.  An experiment has torn a hole through reality.  There aren’t many people left and the things that have shown up are the stuff of nightmares.  If you have enough bullets and batteries, maybe you can live long enough to fight off the monsters and see the sunrise.  Real-world physics ensure that that won’t be an easy task as you try to simultaneously handle a gun and flashlight in this macabre VR gaming experience.

Do you believe The Brookhaven Experiment will scare the pants off of you? 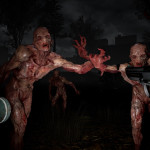 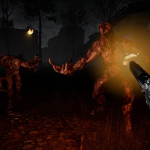 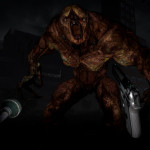