Today Idea Factory was excited to share information on two more Overlords you’ll be able to take control of in their upcoming strategy role-playing game, Trillion 1,000,000,000,000: God of Destruction.

The first of these is the Overlord of Lust, Ashmedia. She lives up to her position, flirting and teasing “little Zeabolos” to no end, and it is quite hard to tell if she is being serious or not. In addition, she takes her lust into battle, finding nothing more satisfying than the death cries of an enemy caused by her floating spear-like weapons known as Incu and Succu. “For her,” Idea Factory said on the press release, “the thought of taking down an enemy as big as Trillion would be the ultimate petite mort.” 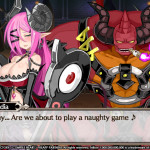 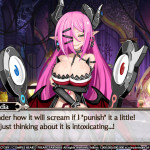 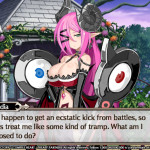 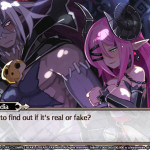 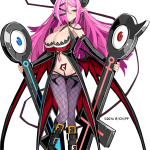 Next up is the boisterous Overlord of Greed, Mammon. She has been tasked to keep watch at the Gates of Hell with Perpell, but she has, more often than not, abandoned the post to seek out treasures in the Overlord. Of course, this may have been a saving grace for her when the mighty Trillion decided to invade. Her desires for taking down Trillion stem from the desire to become the Great Overlord and acquire all of the Underworld’s treasure. 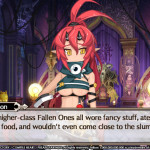 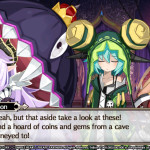 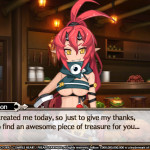 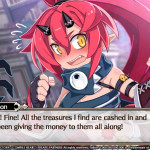 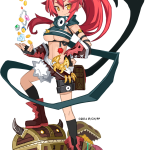 Which Overlords will you take into battle?