Scarlet City Studios launches The Aetherlight: Chronicles of the Resistance in May

Today the New Zealand-based developer, Scarlett City Studios, has announced the launch of their new online role-playing game for “tweens”, The Aetherlight: Chronicles of the Resistance. This new title retells the epic story story of scripture in a steampunk world filled with quests, puzzles, crafting, and more. It will launch in early May, but those interested in checking out the game ahead of time can purchase limited early access packages from the official website.
Carl Becker, CEO of Scarlet City Studios, stated, “Great gaming is as much about great storytelling as it is about the gameplay itself. We have taken  the greatest story ever told  – the story of the God of the Bible and his relationship with humanity – and built an allegorical world that is truly epic. Think The Chronicles of Narnia, or Ben Hur, or even Dave and the Giant Pickle! What this means is that the player’s experience is as deep as it is long – our hope is that this brand new expression of the biblical narrative will help them to see their own world, and their part in it, through new lenses – with greater hope  and a richer sense of meaning.” 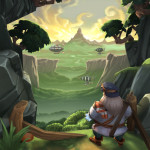 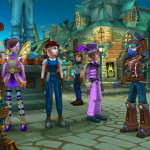 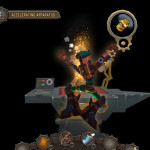 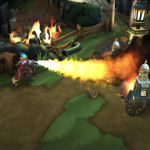 The game will unfold over several chapters released ever few months. In addition, the Resistance Academy will provide bible study activities, exploring the stories, contexts, and meanings of the Scriptures and challenging players to embrace the message of the Bible and find ways to incorporate it into their daily lives. Parents will be able to keep track of how their child is progressing in the game and Resistance Academy thanks to several analytical tools. These tools also, Scarlet City Studios feels, will create great opportunities to discuss the matters of faith and life in a way players can grasp and enjoy.
Roy Peterson, president and CEO of American Bible Society, said, “There is a battle for the hearts and minds of young people… that’s why I’m excited about The Aetherlight. Through this gaming experience, we have a mechanism to get young people to engage with scripture.”

The Aetherlight’s first episode is available for $12.99, with subsequent episodes to be priced at $15.99. Those interested can also pick up a variety of packages including exclusive bonuses, such as behind-the-scenes access and even the ability to design in-game content.

What are your thoughts on the new title?