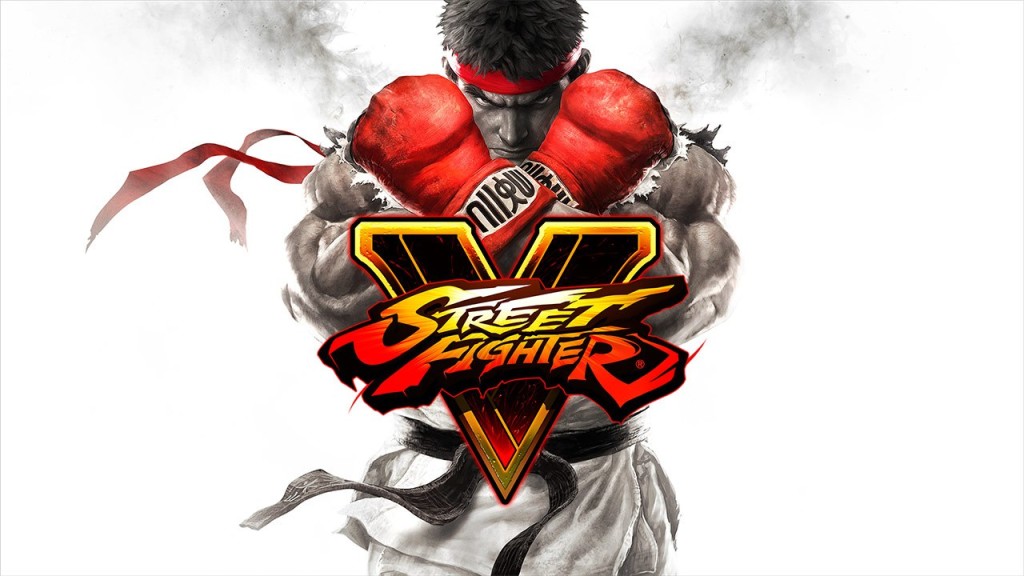 When Street Fighter IV released, we got a retool of the fighting system and a complete new graphic style.

The mechanics change shook up the fight scene for years, and still is the cornerstone of fighting tournaments. Now, Street Fighter V is here, complete with revamped mechanics as well. However, it’s everything that was left out that will end up hurting this game, at least for now. 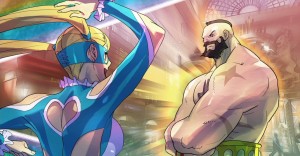 The fighting system itself has gotten rid of the “revenge” meter and the “focus” attack, replaced by the V-Trigger system. Once you’ve taken enough damage, you can activate the trigger for a powerful attack or a charge-up, depending on the character being used.

The V-Trigger allows for the tide of battle to more easily be changed. Instead of just one hit, players can get a good combo of powered-up moves giving them an advantage, at least until their opponent V-Triggers. In addition, part of the V-Trigger meter can be used to reverse attacks if timed correctly, although how many reversals you can do in a match depends on the character.

Outside of the V-Trigger, combat is still relatively the same. The Ex meter for powerful moves and Supers is still in the game, and combos still revolve around Z-motions, quarter-circles and other familiar moves.

The good news for series fans is that Capcom stated that this will be the only edition of SFV. All 16 characters, a mixture of new and returning favorites, are unlocked from the beginning, and future updates will either be free or unlockable via coins you can earn in multiplayer (or bought with actual money if you don’t want to take the extra time). 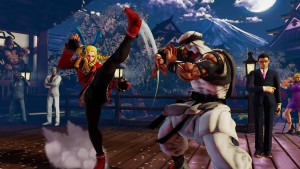 Even the returning characters have been revamped some. Dhalsim has some new combos and Ken has had his spinning-kick tweaked to be aimed as well. There’s also the return of series fighters Charlie, Karin, Mika and Birdie, and the addition of Rashid (a character focused on wind and jump attacks), Laura (who has plenty of dodge moves), F.A.N.G. (who can throw poison blobs to control areas) and Necalli, who I really haven’t had much playtime with.

The downside to the game is all the things that were cut out or ignored at launch. The game opens with a tutorial ending with showing the V-Trigger for a second before dropping you into the main menu. From there, there’s the basic training mode (no tutorial mode showing you combos or advanced skills), online mode or story mode. The “story” has a few single-round fights for each character, with static comic screens in between each fight. Why there’s no animation is strange. However, a “cinematic story expansion” is promised in a June update. Why it’s not available for launch is unknown.

The story also doesn’t allow for the difficulty to be changed either. Are you looking for a challenge against AI before jumping online? Prepare to be disappointed, as the difficulty seems like it’s stuck on easy with no adjustment. So, newcomers to the series can either feel great by beating up on a weak AI, or feel embarrassed by getting destroyed online.

In fact, the only other mode for single player is a survival mode, where you can try for a high score or bet points to get health, or boosts in between rounds. While you can choose the amount of fights (from 10 for easy to 100 for hell), the AI still stays around an easy/medium difficulty level. There’s no arcade mode, no tournament mode or other challenge modes past entries and other fighters have. While a challenge mode is supposed to be launching in March, it’s just another piece of content that fans will have to wait for while focusing on online mode.

There’s also some strange decisions made in the online modes. There are three modes: casual, ranked and battle lounge. The first two toss you in matchmaking and pair you up against a random combatant. However, you don’t choose your character after connecting. Instead, you have to pick a favorite fighter before getting on the matchmaking and get randomly matched up. So, no picking characters based on your strength or weakness against another character. Just randomly pick who you want and hope for the best. 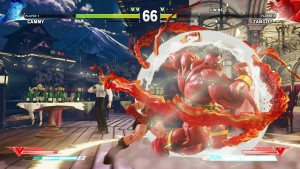 Plus, while the netcode has been getting better, there has been connection issues both in the time it takes to find a match and the lag of a match itself. I’ve had fights that have been relatively smooth, and others where the opponent is jumping all over the place, while my own inputs are seconds behind. In a fighter where frames are key, this lag can be killer. You can change settings to face off against opponents with equal bandwidth ratings, which is needed to get the smoothest match you can.

The battle lounge has a bit more freedom in letting you choose rounds and the ability to pick different fighters between rounds, but lacks a tournament mode or ability to change other big rules. Plus, you currently can’t set it up for a large group of friends. Eventually, eight-player lounges have been promised, but no other changes are currently scheduled for the mode.

It should be noted this is the first time that Capcom has tried cross-platform play between the PS4 and PC. While it seemed to work well most of the time, there was some lag issues again on some fights that can be problematic.

Because of this cross-play, you have to make a new account name to be able to find friends on the Capcom server. While I never had any issues with this, some players have reported having their account erased randomly which, because you don’t link it to a username or password, you can’t recover.

While you wouldn’t think that would be a problem outside of losing your wins/losses, it’s time I mention the fight coins again. By winning fights, you can gather coins that can be used in the shop to purchase extra characters when they release, instead of paying cash. Fighters will cost about 100,000 coins.

To give a comparison, beating all the story mode content gives 160,000 coins and survival mode gives 10,000 coins for beating each mode. However, winning an online match just gives 50 coins right now, with losing giving nothing. So, if you expect to get all extra characters for free, get ready to grind fights online a lot.

It’s also worth noting that the game shares similar graphics to SFIV, but they are even more polished. Characters and stages look amazing (even if the female fighters suffer from the Dead or Alive school of bouncing). Hopefully, more of the art style can be experienced in the upcoming single player updates.

At its core, Street Fighter V is still a top-notch fighter. The combat is fluid and has plenty of depth for fans to relearn and master. However, Capcom has left a ton of content out that makes fighters fun for casual fans to pick up and play. Unless you’re a huge series fan eager to get use to the V-Trigger, wait for future updates to come out finally making this a complete game.