Wadjet Eye Games, the studio behind The Blackwell Mysteries, A Golden Wake, and other indie adventure titles that have been critically acclaimed, has recently released a new trailer for their upcoming adventure title, Shardlight. Check this trailer out below:
https://www.youtube.com/watch?v=-CyEusvEpjw
In this game, you’ll step into the shoes of a mechanic known as Amy Wellard and explore a dying city, navigate the social hierarchy, and attempt to expose secrets that plague a community still suffering from the devastation of war. Here’s a quick scenario that accurately sets the scene in the game, courtesy of the official press release:

It’s been 20 years since the bombs fell, and Amy Wellard and her friends are barely surviving. Green Lung has gripped their community, the only medicine a vaccine in scarce supply. While the wealthy elite pay to stay healthy the poor must risk their lives, performing dangerous government jobs in exchange for a chance of winning meager vaccine doses in a stacked-odds lottery.

Will you be able to survive? 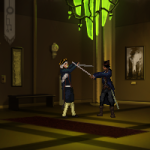 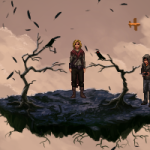 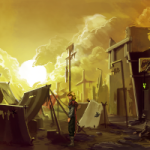 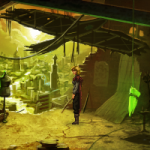 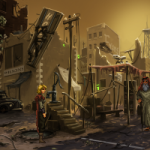