Most people are likely familiar with the basic premise of the Neptunia series, but for those who are not, here’s a quick refresher: The series is a running satire on the politics of the video game industry, taking the consoles and companies within said industry and personifying them in the form of cute anime characters. You may think, “That sounds extremely silly,” and you would be correct, but that is the point, and those who actually play the games with an open mind may find themselves enamored with the energy and bright sense of humor the series brings to the table.

In the first PlayStation 4 title, and the first canonical game since Hyperdimension Neptunia Victory arrived on the PlayStation 3 back in 2012, Neptune and Nepgear quickly find an old, forgotten game console that brings to mind the Dreamcast. They quickly decide to turn it up, and are sent to an apocalyptic world where all the people are gone and giant monsters and robots are going on a murderous rampage, despite lacking much to kill. To make things even creepier, what’s left looks like Neptune’s real home… 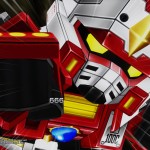 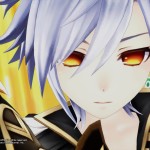 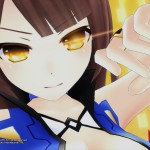 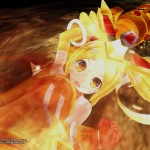 The two girls get into a battle, and discover that they can’t transform into their power CPU forms, as they cannot feel the energy from the shares in their world. They’re strong enough to take down the monsters that attack, however, and soon meet a new character, who goes by the name of Uzume. They join her in a battle and are surprised as she transforms into a CPU with the help of a small item known as a share crystal.

Without giving too much more of the plot away, we’ll just say that the new setting has allowed for the development team to get creative and come up with some other new characters to join the existing cast, with some of the new characters even overtaking a few of the established characters in popularity. If you haven’t played the previous games, however, you may feel like you were dropped into the middle of a conversation with no way to figure out what’s happening. That said, you don’t really need to have played the previous titles to enjoy Megadimension Neptunia VII.

The chapters themselves jump across regions and also feature different casts. One chapter will feature Neptune and Nepgear, while another features characters based on the four largest Japanese publishers, namely Square Enix, Bandai Namco, Capcom, and Konami. It gives the game a feel of a three-act play, as each chapter tends to veer off in a significantly different direction.

In terms of gameplay, those who have played the previous Hyperdimension titles know pretty much what to expect. You will utilize the same turn-based and timing-centric combat to pull off combos and attack your enemies on the field, gaining an advantage. Of course, if they attack you as you’re attempting to strike them, or if they hit you from behind, your enemies will have the advantage in battle.

One difference is that Megadimension Neptunia VII has ditched the break system that previous games utilized. That said, the combo system more than makes up for it, forcing you to decide the types of weapons, for example, that you want to take in. You could take a high power weapon, but be unable to chain more than, say, three attacks. On the other hand, you could take in a weapon that dishes out less damage, but can chain together more attacks, which can make up for the loss in per hit damage by letting you deal more overall, if you manage to time it correctly. 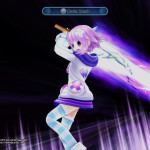 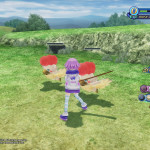 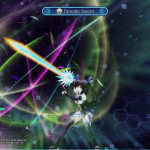 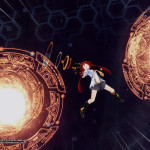 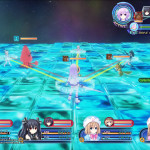 In the field, the controls are pretty much the same as the previous games. You can utilize the right stick to control the camera, and jump around, though you could mess up and get stuck in something. Movement honestly feels like it’s more clunky than it should be on the field in some cases, but, in terms of battle, this is not an issue at all.

Megadimension Neptunia VII features higher-quality art assets than previous games did, and this helps give the game a level of polish some felt the portable versions, as well as their PC ports, were lacking. The anime-style artwork is as high-quality as ever, and the texture work on both character models and environments has improved, making Megadimension Neptunia VII the best looking entry so far, in this reviewer’s opinion.

Like the other games, Megadimension Neptunia VII has a good soundtrack that players, in many cases, will actually want to listen to. In addition, the voice acting, as always, is a great quality, and the actors truly bring life to the comedic writing, thanks to the cast having great chemistry with each other.

Of course, if you prefer the Japanese track, you can download that for free as well.

When all has been said and done, Megadimension Neptunia VII takes what players have loved about previous Neptunia games and builds upon it. The combat system feels smoother than it ever did, the humor is as wacky as ever, and the characters remain lovable, with the new characters fitting right in with the familiar cast. 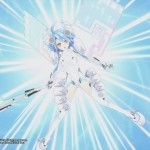 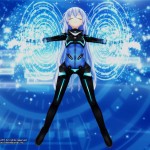 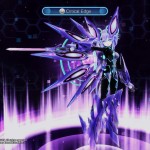 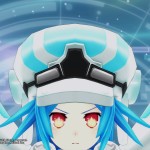 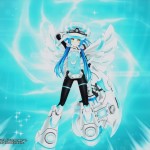 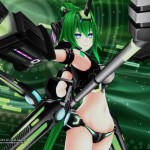 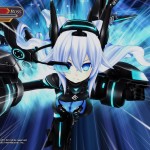 Megadimension Neptunia VII is much larger in scope than the predecessors, but still manages to retain its focus in terms of what the series fans enjoy most, particularly the humor and fan service. So if you’ve enjoyed the previous titles, or even thought they’d be great if they had, “just a bit more”, Megadimension Neptunia VII should be able to suck you right in, and good luck getting out.