No Brakes Games was excited to start the Steam Greenlight campaign for their physics-based puzzle game known as Human: Fall Flat, which is currently in development and set to launch in Q2 of 2016 if it is successfully greenlit. Check out the official trailer below:

Here’s a quick rundown of the story, as presetned on the official press release:

Human: Fall Flat puts players in the shoes of Bob, who keeps having dreams about falling. In order to find out the reason behind these dreams, he has to find his way through various surreal, floating dreamscapes by solving puzzles with nothing but his wits and physics. Bob’s dreams are riddled with puzzles to solve in as many ways as players can dream up, as well as plenty of distractions to simply mess around with. Every player will have to decide for themselves whether they will try to open the mysterious door in the distance, or if they would rather see how far they can ride that dumpster down the slope.

Tomas Sakalauskas, CEO of No Brakes Games, stated, “The game started out as a much more straightforward puzzle game with small levels and linear puzzles. As we went into playtesting, we noticed people were more drawn to doing stupid things with the environment and the objects we had strewn about. That’s when we decided to make the levels a lot bigger and stuff them with multiple solutions and more things to mess around with”. 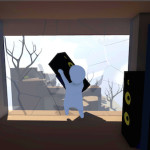 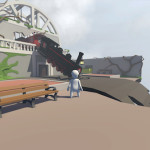 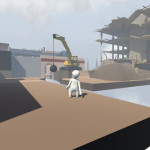 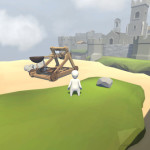 The final game is set to feature six levels completely packed with physics-based puzzles and interactive objects, and the developers aim to release more content for players to enjoy for free after launch.

Are you going to support the Greenlight campaign?