Stardock releases first public beta of Ashes of the Singularity

Today the team behind Sins of a Solar Empire released the first public beta of a new real-time strategy game featuring the first-ever native DirectX 12 support, Ashes of the Singularity.

Brad Wardell, President and CEO of Stardock, stated, “In Ashes of the Singularity, gamers aren’t fighting a battle, they’re fighting a war. Players command thousands of units across a vast battlefield while building up their economic and technological might.” 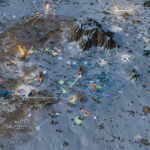 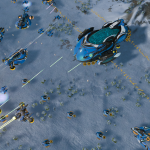 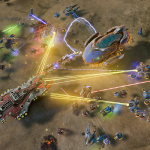 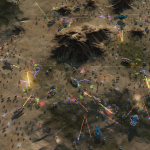 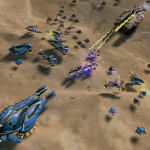 The game’s public beta allows players to choose between the descendants of humanity, the Post-Human Coalition, or their bitter enemies, the Substrate.

Wardell added, “Over the past few months we’ve worked closely with AMD and Nvidia to fully leverage their hardware. Our alpha testers have reported substantial performance gains, which is allowing us to begin lowering the hardware requirements.”

“Our goal with Ashes of the Singularity is to help introduce a new generation of gamers to real-time strategy games,” said Wardell. “We want to make a game where players can invite their friends in and be up and playing relatively quickly without a lengthy explanation about how to play.”

As a result, they state that the game’s mechanics are relatively straight-forward to learn. In order to build up your armies, research technologies, and develop a powerful economy, you will need to collect various metal and radioactive material.

Beta 1 is currently available on Early Access for both Steam and GoG, including single player skirmish, co-op multiplayer, and ranked multiplayer modes. In addition, they expect to release Beta 2 next month, which is set to include multi-GPU support and a new 3D benchmark mode. The final release is set to come out in Spring 2016.

What do you think of this new title? Will you be joining Beta 1 or Beta 2?