When people think of Resident Evil, it tends to bring up the debate of what really defines the series. Tank controls, inventory management, and a lot of focus on survival-horror definitely make up the origins of the franchise, but lately the game has taken more of an action route. Back in 2002, Capcom was experimenting with new ways to play their classic franchise, deciding to remake the original from the ground up, adding new elements to not only the gameplay, but also the story. It was only later that year that Capcom would release the prequel to the story, the previously Nintendo exclusive title, Resident Evil 0. Capcom gave the original Resident Evil remake an HD makeover last year, and given the success, it paved the way for them to do the same for Resident Evil 0. 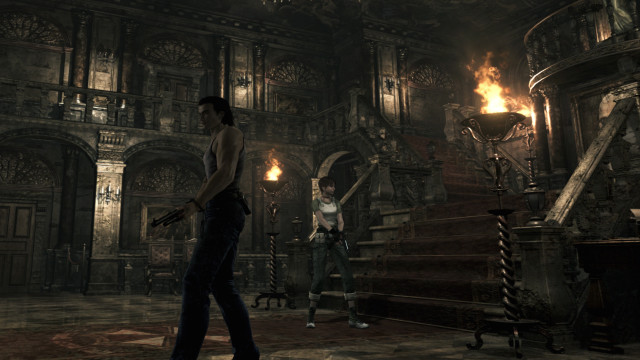 Resident Evil 0 HD Remaster is quite possibly the first opportunity that fans of the series will have to play this part of the story. Many fans skipped this one on the Gamecube, and even on the Nintendo Wii, so now that it has a wider release on more platforms, it gives many the chance to try this classic gem. This entry introduced elements that would later find their way in later games of the series, and it even offers perhaps one of the most challenging experiences of the franchise.

Taking place mere days before the S.T.A.R.S. Alpha team enters the Spencer Mansion, S.T.A.R.S. Bravo Team is forced into a crash landing near the mysterious Ecliptic Express, a train that was suddenly stopped somewhere in the Arklay Mountains. Officer Rebecca Chambers, who many will know from other entries of the series, takes center stage as she uncovers clues about some mysterious murders. Along the way, she meets up with convict Billy Coen, accused of killing 23 people and wanted for questioning and suspected murder. Due to the fact that zombies walk through the train, Rebecca and Billy are forced to team together to find out the truth behind what’s causing these events. 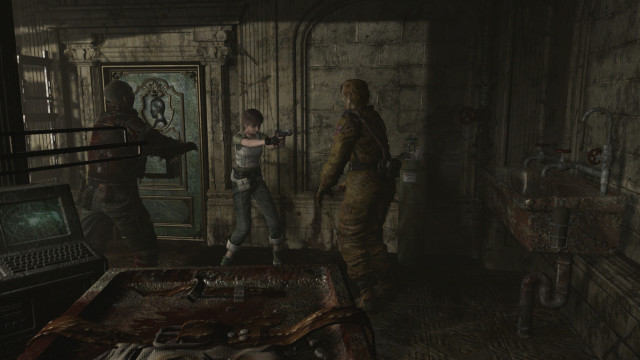 Players have the chance to play as two characters at once or even let the AI handle the partner character, being able to switch at almost any moment. Like classic Resident Evil titles, the game doesn’t do much to tell players how to play, but eventually, they will learn to aim, shoot, and maneuver both characters through the perilous obstacles before them. Item management is a bit different in Resident Evil 0, as both Rebecca and Billy have six slots for their inventory, some weapons taking up two spaces. This means that in order to take some of the items found, players will have to be efficient with their inventory, often exchanging items between both characters. Unlike most other Resident Evil titles, there is no storage box in this game, so if an item needs to be saved for later, it will need to be dropped in a place that the player will remember, otherwise, a sacrifice just might need to be made. This can become rather difficult later on in the game when enemies get more powerful and ammo and healing items becomes more necessary. It also can be an issue during the moments where both characters are separated, which is surprisingly pretty often.

Item management isn’t the only challenge in this title, as puzzles come often and typically require some unusual solutions. One puzzle requires that players add numbers randomly until they reach a designated sum, while another can involve constantly sending items back and forth using a dumbwaiter, allowing the two characters to exchange items. Some of these puzzles can be rather strenuous and can easily feel too long for more impatient people. It would be great for fans that love the puzzle solving, but some of the puzzles don’t even offer a hint at a real solution, often needing pure guesses that can prove to be fatal (like a room filling with poison gas for instance), showing a true trial and error approach. At least both characters have their roles, with Rebecca being the one that mixes chemicals (and herbs) while Billy does the heavy lifting. 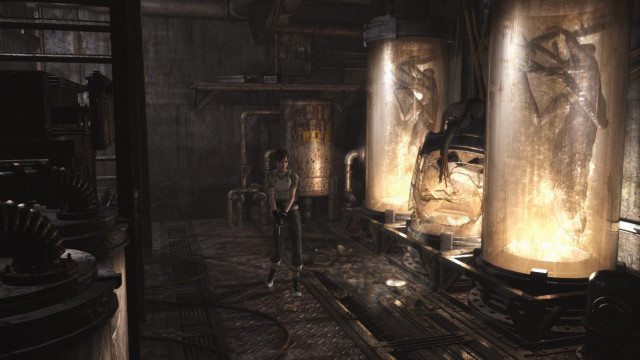 Combat is typical classic Resident Evil, with aiming weapons either low, straight, or high, with some shots giving a lucky critical hit that kills an enemy instantly. Enemies can be aimed at automatically though sometimes the aim will be obstructed by a wall or some type of object. One enemy in particular for me kept being just behind the corner of the wall that blocked a Molotov cocktail and made progression rather difficult, often requiring a restart. Combat typically comes down to staying at a safe distance and shooting or running around to dodge attacks and taking a shot from time to time. The only real useful tactic was using a shotgun up close to take out the heads of zombies to clear out some of the more crowded rooms.

Even though this is probably a game that will feel new to fans, the ones that have played the game before will have new things to look forward to. The visuals are definitely a welcome upgrade, as the character models actually look rather nice in the pre-rendered environments, and there’s even less clipping than there was in the previous remaster. Pre-rendered cinematics don’t look very good, which is to be expected, but everything in engine looks up to snuff and works well for the new generation of systems. Textures are cleaner, models have more detail, and lighting is heavily improved, giving a truly eerie atmosphere to the environments. 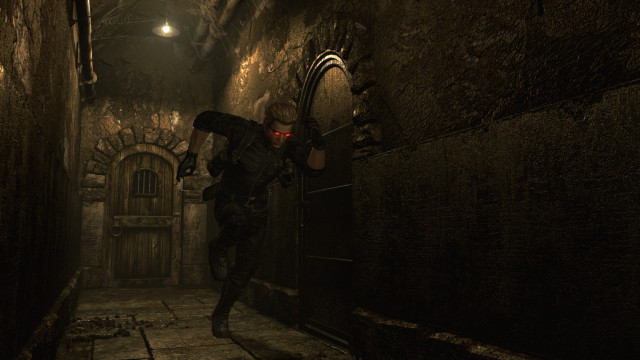 Finishing the main mode of the game will also unlock two modes, one being the Leech Hunter mode that was in the original, and the other being the all new Wesker mode. Leech Hunter mode is an interesting game where players roam through a mansion and search for blue and green leech charms, both characters only being able to pick up one of the colors. It’s an interesting game for sure, and even offers a bit more of a challenge in certain instances. It’s the all new Wesker mode that seems to pique the interest of veterans, and though it’s fun to run at super speeds or to instantly kill enemies with a death stare, perhaps the most interesting part of Wesker mode is watching the same story and cutscenes be played out by the infamous villain, only for Billy’s voice to be used. It honestly seems rather out of place and gives a more comical effect than a serious one, but nevertheless, the mode is fun for people looking to show the amazing power of Wesker.

Whether players are downloading this experience standalone or playing it as a part of the Resident Evil: Origins Collection, it is a fun entry that has a rather unusual story. Even with the challenging moments, it felt really satisfying to finish the game and made a veteran gamer truly appreciate the idea of thinking ahead. It may not be the best title in the franchise and it may not be for fans of the action-oriented games of the series, but fans of the classic titles will probably fall in love. Remember to conserve ammo, use ink ribbons sparingly, and determine what items are most effective to take with you as the horrors of Umbrella are uncovered for the first time in the Resident Evil story.